Yoga Meditation; a way to get control over your Mind 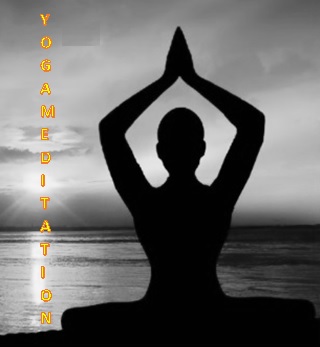 Since my childhood I have heard a lot about Yoga meditation. I have started practicing yoga while I was just 10 years old with the aim to remain fit and healthy. But by the passage of time and once I dig all about yoga I realized one thing about it that it’s a best practice to control yourself. I have enough control over my mind and on my body that it helped me making some strong and difficult decision of my life.

In the beginning only 20 minutes practice gives me so much energy and strength that I started learning about Yoga meditation. Initially I tried to find out a teacher for me and went to attend so many classes as well and spent a lot of money but then I realized most of them are just fake. Then I started learning it myself. First and foremost thing we should understand what exactly yoga is?? There are different types of Yoga which help us to gradually control our mind and body. Each of these types have a comprehensive system. Here let’s have a quick introduction of some of the most common types:

This type includes all the physical postures. Basic purpose of Hatha yoga is to purify and cleanse the body. It gives awareness to control the body and its internal states, which is required for the spiritual or yoga meditation.

Karma yoga is one of the most effective path to lead effectively towards the spiritual meditation. According to Hinduism this path is based on the teaching of Bhagavad Gita, one of the Sanskrit scripture of Hinduism.

Mantra is a Sanskrit word which means a sacred utterance, a word or any phenomenon which have some psychological and spiritual power. Therefore, Mantra Yoga is a repetition of these word in order to achieve particular aspects of spirit.

It’s a highest path of yoga which combines essence of all the paths of Yoga. By practicing Raja Yoga one can have full control over his mind and emotions.