Sigmar Gabriel brings another aid package in the game 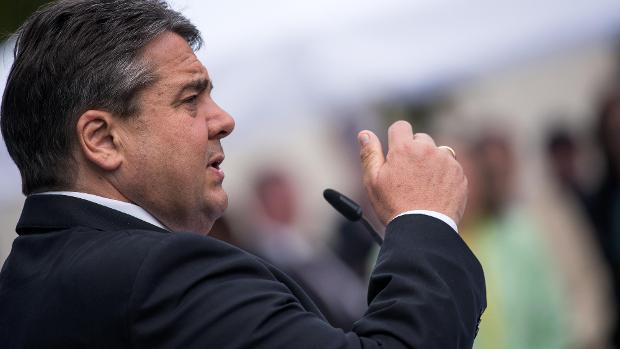 Greece crisis: In other statement by Sigmar Gabriel, Greece can hope for another bailout . Previously, however, the country must do its homework , the Minister of Economic Affairs .

Federal Minister Sigmar Gabriel ( SPD ) has brought another rescue package for Greece this week – if the country fulfills its obligations . ” A third aid package for Athens is only possible if the reforms are implemented ,” Gabriel said.

” We can not just send in money there . ” The government of Prime Minister Alexis Tsipras must comply with their commitments . ” Now Prime Minister Tsipras has proposed a referendum on the necessary reforms , perhaps can accelerate the decision . “

In addition, Gabriel warned a Greece exit from the euro zone , a so-called Grexit conjure . ” The departure of Greece would not be economically , but politically extremely dangerous ,” says Gabriel . If the first country go , the rest of the Europe world will look different. ” No one will have more confidence in Europe if we break up in the first major crisis. “