Top Hollywood Superstar, a womanizer is diagnosed with HIV Positive – Six Top Females are at risk 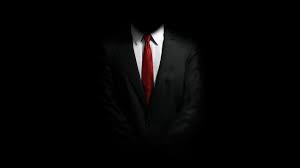 A top Hollywood superstar, a womanizer diagnosed with HIV according to the British tabloid The Sun, a Hollywood star keeps his identity secret . His female conquests may have been contaminated with the virus.

Who is this mysterious man , described as a Top Hollywood Superstar , as now suspected of being diagnosed HIV positive? The case panics British or Australian media after the rumor was started by The Sun, this Wednesday, November 11 , 2015. We count no less than 6 to the famous former star, all likely to launch a legal action if the rumor is confirmed . And that is precisely why this male celebrity would have chosen to remain anonymous.

At least six female stars are in danger

According to the Sun, the top Hollywood superstar who may have been diagnosed with HIV would be many conquests to his credit, including “an Oscar winner, a religious movie star, a Hollywood personality with a controversial past, a star of the tv, media personality and glamorous model. ” 6 stars of the small and big screen (and maybe more?) Now threatened by HIV if the information launched by The Sun, always questionable, is verified. The Sun claimed that: “We now know very well that this star is HIV positive, and that is something he has known for many years. His lawyers are preparing for the threat of potential action. The fact is that if he knowingly put women at risk, then it is disgusting and it is only a matter of time before the case went public. “

His friends urge to publicly disclose her HIV status

Also according to The Sun, many times by newspapers such as Woman’s Day, the Daily Mail, the Mirror and the Telegraph, the friends of the mysterious Top Hollywood Superstar tried to convince him to publicly accept the HIV diagnosis’ ‘Obviously, it would be a scoop, but the fact is that HIV is fully treatable to date, and should have no influence on their ability to work or lead a normal life. One day we will know the name of that secret super star.