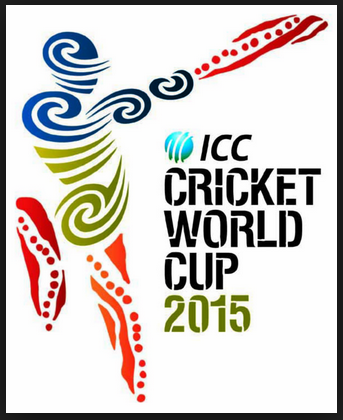 Biggest Event of Cricket World. The Squad which is announced by Pakistan Cricket Board Is,

Misbah ul Haq: Misbah ul haq has represented Pakistan in Cricket World Cup 2011 but it is for the very first time he would be representing Pakistan Cricket Team as a Captain of Team.

This Talented Cricketer Stepped in International Cricket in 2001. He has earned great reputation and has been one of the composed players of Pakistan Cricket Team. Misbah ul haq Managed to establish himself as a prominent player in 2011.

Ahmed Shahzad: Ahmed Shahzad is one of the Aggressive opening Bats-man of Pakistan Cricket Team. He has played over 55 one day innings since 2009, the year he did his debut in international cricket at 17 years of age.. He was one of the good performers of Under 19 team. The Player’s 115 runs over 104 balls against New Zealand helped him to secure place in Cup team.

Sarfaraz Ahmed: Sarfaraz Ahmed is an announced wicket keeper for world cup 2015. He came into eyes of fans in 2006 when he was representing Pakistan Cricket Team as Captain and won the Under 19 World Cup 2006. World Cup 2015 would be his First ICC World Cup.

Younus Khan: Younus Khan Has had been one of the best players of Pakistan Cricket Team. His Prowess in field is a asset to Pakistan Cricket. Khan has played 2003, 2007 and 2011 ICC World Cup. His skills are surely going to make Pakistani team to do something exceptional.

Haris Sohail: Haris Sohail made his international debut in mid 2013 after establishing himself in domestic cricket. His beat score of unbeaten 85 is his career best till now in ODI and made him to be selected in squad fro cup.

Umar Akmal: Umar Akmal is a wicket keeper and batsmen, he did his debut in international cricket in 2009 and till now has appeared in more than 100 ODI. Umar Akmal was a part of Pakistan Cricket team in 2011 ICC WORLD CUP.

Shoaib Maqsood: Shoaib Maqsood belongs to Multan the city which has given greatest cricketers to Pakistan. Shoaib made his Debut for international cricket in 2013 against south Africa. His performance was praised much as he scored 56 run on 54 balls in his debut ODI. This Young boy is a future of Pakistan Cricket team.

Shahid Afridi: Boom Boom afridi is the Veteran of Pakistan Cricket Team. The All rounder Made his Debut in International ODI in 1996. Afridi has represented Pakistan in 4 ICC World cups and world cup 2015 is going to be his fifth Cup. The aggressive Shahid has always been a great asset to Team Pakistan

Yasir Shah: Yasir Shah is a leg Spinner. He has played only one ODI in 2011 against Zimbabwe. He would be appearing in ICC World cup for the first time

Muhammad Irfan: Muhammad irfan is a left arm bowler. He made his debut in international cricket in 2010. He has been regular member of Pakistan cricket team since 2013. He would be giving his appearance in ICC World Cup for the first time.

Junaid Khan: Junaid Khan is a bowler who made his debut in international ODI in 2011. He has represented Pakistan Cricket Team in ICC World Cup 2011 but did not play any tournament.

Ehsan Adil: Ehsan is a right arm fast bowler who made his debut in ODI in 2013 against Scotland. 2015 world cup would be is first ICC World Cup.

Sohail Khan: Sohail is a right arm fast bowler. He made his Debut in ODI in 2008 and played his Last ODI in 2009 against Sri Lanka. He would be representing Pakistan Cricket Team in ICC WORLD CUP for the first time.

Wahab Riaz: Wahab riaz is a left hand fast bowler made his debut in International cricket in 2008 against Zimbabwe. Wahab riaz is a regular player of Pakistan Cricket team. Wahab has played in 2011 world cup as well and gave his best against India in semi final 2015 World Cup is going to be his second world cup.