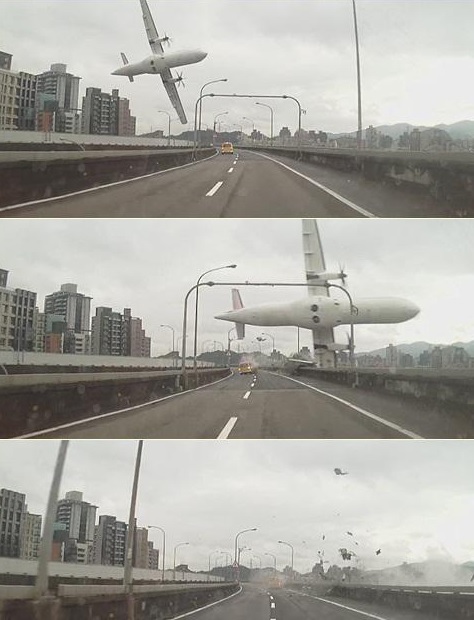 Some dramatic footage of this accident have been captured by a motorist  is circulated on social media showing the plane is tilted its wing vertically over the highway. According to local media sources plane carried 58 passengers including 2 children and 5 crew members. Around 27 passenger have been rescued from the wreckage of the plane whereas, death toll is still rising.

According to Taiwan aviation news plane was 10 months old only and weather condition was good, Pilot issued a distress signal soon after the plane engines flamed out. However, cause of this accident is still unknown.