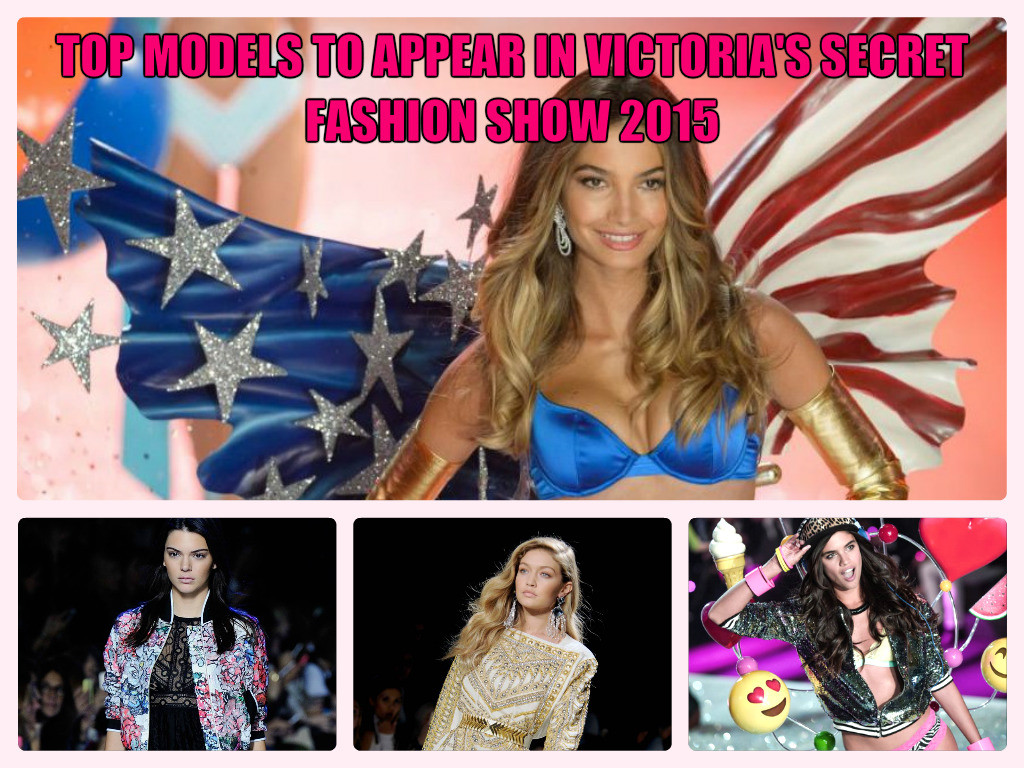 The Victoria’s Secret Fashion Show 2015, each year, this mega event happened before the Christmas festivities. Everyone put the close eye on each bit of its news. Victoria’s Secret fashion show 2015 scheduled on November 10th, 2015, finally revealed the name of the 44 bombs that will walk the red carpet in New York. Lily Aldridge, Kendall Jenner, Gigi Hadid or Alessandra Ambrosio are among them.

Only after few days the most sexiest top models of the planet including Kendall, Gigi and Lily Aldridge will take over the podium of Victoria’s Secret Fashion Show 2015 on November 10. For this 2015 edition, we expect again a scantily clad army bombs.

Faithful to the post, you obviously find the angels of the brand, Adriana Lima, Alessandra Ambrosio, Behati Prinsloo, Candice Swanepoel and Lily Aldridge. The later will also this year the privilege of wearing the famous 2 million Fantasy Bra.

After spending the cast there is little to join the dream team of Victoria’s Secret Fashion Show 2015, Gigi Hadid and Kendall Jenner also ensure the show Tuesday night across the Atlantic. After privileged Chanel last year, the sister of Kim Kardashian can finally make her debut on the podium of Victoria’s Secret.

See you on November 10 for photos of the show as expected.