Keeping Up With The Kardashians – Caitlyn and Kris Clash 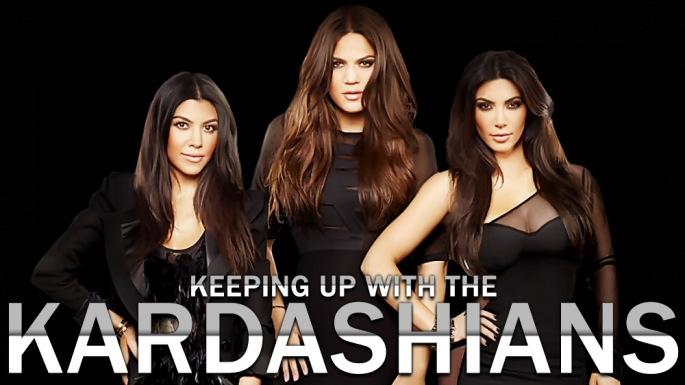 Keeping Up With The Kardashians – The Incredible Kardashian Family Season 10: Episode 16 , Caitlyn and Kris clash… Our recap ‘ !

Last night , a new episode of The Keeping Up With The Kardashians was broadcast . Between attacks against Kris by Caitlyn , discussions between Khloe and Lamar Scott or the negotiations to appear in the video, here’s our recap ‘ of ” Vanity Unfair !”

War is declared ! Last night, episode 16 of season 10 of The Keeping Up With The Kardashians continued on American television, . After making her first appearance in the reality show last week, Caitlyn Jenner was (again) in the heart of every conversation this week. Her interview for Vanity Fair revealed to the world, the former Olympic medalist began to back all the Kardashian clan, starting with her ex-wife Kris. This one, that one could see tears in episode 15, going bonkers. The phone with her daughter Kim Kardashian, she dropped on Caitlyn which according to her, impersonating someone horrible in her interview. “I wish I never know this man,” said the family matriarch. Kris can count on the support of herdaughters Kourtney, Kim and Khloe, also very lifts against their former stepfather. “Caitlyn keep telling my mother abused her and was horrible with it, then there is no reason to clashing my mother” says Kim Kardashian.

During the episode of Keeping Up With The Kardashians Kris then goes to talk to Caitlyn, but the two women do not see things the same way. Beside all these tensions, the wife of Kanye West brings us moments of fun and good humor, as when she confides in Khloe on the body of Caitlyn. “Her breasts were like those of Kourtney when she had them repeat (…) it made me want to redo my breasts” Kim Kardashian reveals after watching the star of I Am Cait topless. LOL! For its part, Khloe is not only concerned about the attacks of Caitlyn towards her mother, since Lamar resurfaced in her life. The young woman speaks again to her former husband, to the dismay of Kim. The latter wishes to protect her little sister and does not understand that it is again in contact with him after all what he has done to her. During a trip to Las Vegas, Khloe Lamar panic upon learning that is there too. Nevertheless, the two young people do not see, Khloe preferring to play with her friends in her hotel room rather than come face to face with him.

In this new episode of Keeping Up With The Kardashians , we learn that Khloe is not the only person in her family to have kept in touch with Lamar. Kris Jenner always sends sms to basketball! Now this is a surprise for Kim and Khloe as well as for us viewers. Finally, Kim offers Caitlyn to make an appearance in her video game Kim Kardashian Hollywood. It readily accepts, and Scott Disick suggests firstly  introducing history of Bruce Jenner, before following his transformation into Caitlyn Jenner. Kim Kardashian also offers Scott to appear in the mobile application and the latter agrees. Nevertheless, not everything goes as planned, when the business man imposes his conditions during a business appointment. To be continued ! Relayed to the background in this episode of Keeping Up With The Kardashians, Kourtney and Scott should take center stage next week because, as shown in the trailer-end episode, their separation is approaching the issue. What did you think of this episode?