Canada begins the Women’s world cup with a win 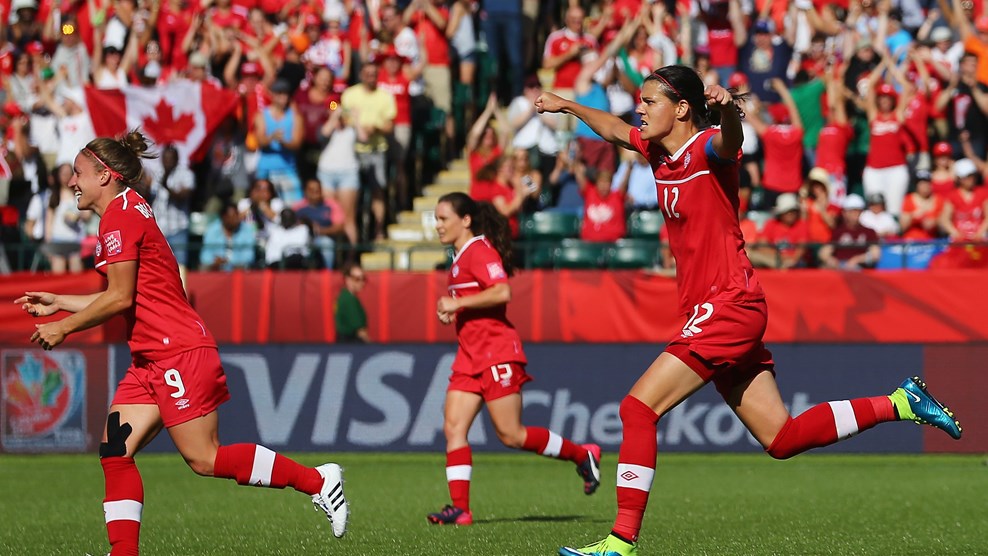 Canada, begins the Women’s World Cup on Saturday, June 6 with a win over China 1-0 in front of over 53,000 spectators in Edmonton. Canada defeated China after injury-time penalty by Christine Sinclair .

Aged 31 , she scored 154 goals in 224 caps . Before ending, the opening match of the Women’s world cup was not without opportunity . The Chinese have so close to scoring on a free kick Wang Lisi that hit both posts McLeod. Three minutes later , it was the Canadian Belanger who found the cross of Wang Fei .

In the other match of the group A, Netherlands beats the New Zealand 1-0, also in Edmonton, thanks to a goal by Lieke Martens a majestic long shot. It was the first game ever played by the Netherlands in a World Cup. “It’s a dream come true. Since childhood I dream to score in a World Cup, “said the striker.

Oceania champions they are still looking for their first win in a World Cup. They even lost ten matches they have played in three editions.

The World cup is held in Canada until July 5. The final will be held in Vancouver. First matches of Group B will be held on Sunday between Norway and Thailand, at 19 o’clock, and Germany-Ivory Coast, to 22 hours in Ottawa. The first two of the six groups and the four best third qualify for the knockout stages.