Valentines Day history - What Valentine is all about ? Saint Valentine , patron saint of lovers , is actually a dead priest martyred by the Romans

What Valentine is all about ? 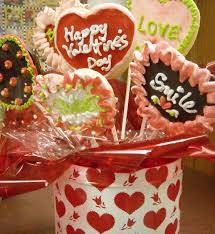 Valentines Day history – At that time Saint Valentine drew the wrath of the Emperor Claudius II who had to abolish marriage. Indeed the emperor found that married men become poor and weak soldiers because they would not abandon their families. Claude stopping at nothing abolishes marriage.

Saint Valentine then encourages young engaged couple to come to him in secret to receive from him the wedding blessing vows because of this he was arrested and imprisoned.

While awaiting execution in prison , Valentin befriended with the blind girl Julia, a daughter of his jailer. Just before being beheaded , he offers her HEART – shaped leaves with the following message : From Your Valentine ! ( Is that why they say love is blind and he lost his head ? )

Ancient Roman Celebrations – Lupercalia and how did valentines day start ?

Even before Valentines days , there was a pagan festival celebrated in mid-February i.e. Ancient Roman Celebrations -Lupercalia . During this festival teens had to undergo an initiation rite . Each young man pigeait the name of a girl who was assigned to him for the year.

In 496 , Pope banned this very disrespectful celebration for women. He chose Valentine as the patron of lovers and decreed February 14 his feast day

Originally Valentine wanted to signify his commitment to a person who is dear to him . It is deplorable that in time Valentine’s Day has become a commercial holiday .

This event should instead be an opportunity to show love and affection, not only to his love partner , but also his children , his friends , his parents, etc ….

Hoping that this day is filled with love , tenderness and wellness !