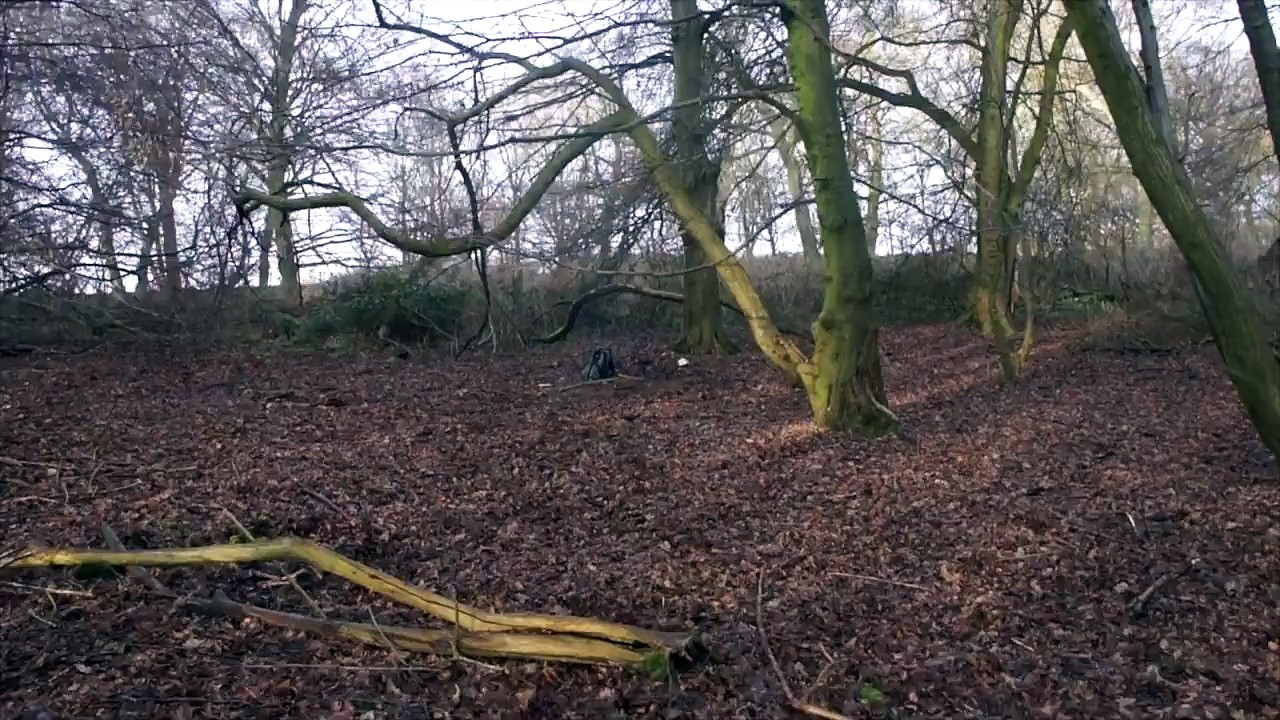 What if I told you that you could make a fire that only you could see? Any passers-by will be totally oblivious to the presence of you and your fire. If you want to get into stealth camping, build a fire during gale force winds, or just want to lay low then the ‘Dakota Fire Hole’ is just what you need.

First things first, you’ll need to dig a pretty deep hole, about 2 to 3 feet deep is a good standard but, the bigger the fire you’re planning to build, the deeper and wider you’ll have to dig, so its ultimately up to your discretion. I’ll be making a small, personal fire so I’ll go 2 foot deep and 1.5 feet wide.

As long as you go balls deep and don’t be a bitch about it, you can get the hole dug in 5 minutes flat. I would suggest using some form of entrenching tool, you can use a stick and your bare hands but that will take significantly longer and you’ll probably want to kill yourself halfway through out of frustration.

Now step 2, you’ll need to dig a smaller hole about 1 foot away from the first hole, you don’t need to dig as deep for this one, but a depth of 1.5 feet is a best practice. This hole will connect to the primary hole via a tunnel. The purpose of this secondary hole and tunnel is to allow oxygen to flow into the fire, as the heat and flames of spewing out of the bigger hole won’t allow any oxygen to enter from above. This secondary hole also allows you to blow oxygen into the fire yourself with your breath, without risking burning your eyebrows off if you chose to do that over the primary hole. Keep tunneling your way through until you reach the other side.

But don’t stop there; keep digging away at the edges until its big enough for you to fit your arm through like a cheap hooker. the bigger the tunnel, the more oxygen that can enter, meaning a more sustainable fire.

Now that’s all done, it’s time to build a fire. The same practices of traditional fire making still apply, a raised wooden platform to keep your fire off the ground which will burn down into a layer of embers over time, utilize dead, dry materials that have been hanging above the ground, y’all already know the deal. Make the fire as you would make it on the surface.

You can fiddle about with the structure of the fire in anyway you see fit, make a tipi, a perimeter, a log cabin build, sup to you man. If you want to cook over this type of fire, then it’s just a simple matter of placing thick, living, green branches either over the top of the hole, or jam them into the side of the walls. Living, green materials won’t burn over the fire, so your cookware will be safe to rest upon it.

There’s a common misconception that these types of underground fires produce no smoke, this isn’t strictly true. An underground fire does hotter and more intensely than one that’s exposed to a colder atmosphere on the surface and that does limit its smoke emissions. There’s a lot of chemistry involved in explaining why that is so I’ll save that for another video. Don’t want to go too off track here. But if we refer back to the list of smoke generators I included in my signal and rescue video, wet materials, resinous and green materials will still produce smoke. So it’s best to utilize the driest and deadest possible materials you can find, if you really want to limit your visibility.

The smokeless fire pit comes from a rather unique way of building fire. We think of fire building as a bottom up process, we build a base fire, and then add material on top of it. For a smokeless fire we need to flip things upside down, and have our fuelwood on the bottom, with our fire on top. The fire on top is started with copious amounts of kindling, constantly fed with dry small twigs and dry wood shavings directly on top of the fire, which will burn the large pieces of fuelwood below. The reason this produces no smoke is because, as the air flow from the secondary hole works its way up through the fuel wood, it pushes all the gases and vapors (which we call smoke) which come from the moisture, resins and oils contained within the fuelwood, the air pushes it up into the hot flames, where it burns off because of the heat intensity of underground flames. If those gases and vapors didn’t have to travel upwards through the flame, like in a traditional fire, then you would have a smokey fire.

When you’re done, be a gent and fill the hole back up. No need to break people’s ankles as they pass on by in the future. Peace bros!

*** If you desire, then you can pack all of the mud you’ve dug up on to the outskirts of your hole, to give yourself a large wall to help you conceal the tips of your flames, if they ever reach high enough to emerge out of the hole.