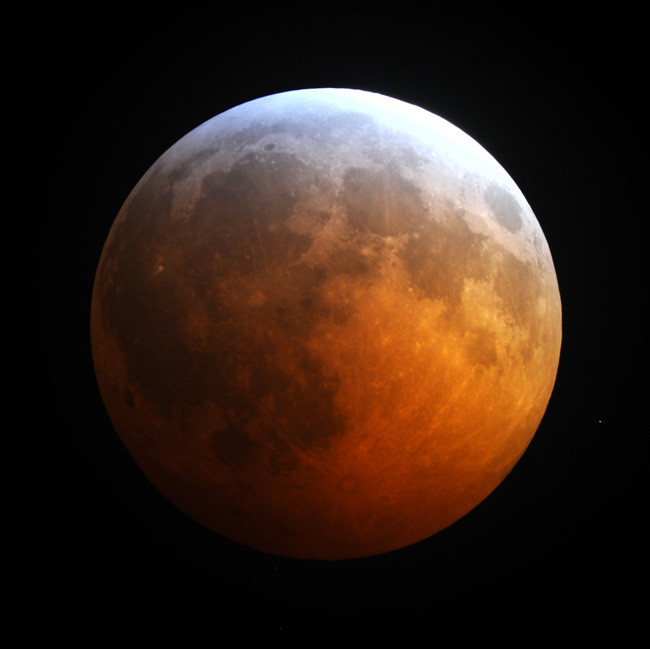 The lunar eclipse can be seen on the night of Sept 27 to 28, 2015 , the second of the year, will be doubly exceptional. It will be Super blood moon lunar eclipse for large number of Earthlings ( September 28 , from 2 am in France ) and it will appear larger than usual because , due to the perigee, it will be a super Full Moon . Entering the shadow of the Earth , our natural satellite blêmira and change color to become brown , red or sepia. A rare phenomenon not to be missed .

You can watch the live broadcast of Super blood moon lunar eclipse here.

Five days after the autumnal equinox, many Earthlings can admire, between 27 and 28 September 2015, according to their geographical position, a Super blood moon lunar eclipse. Much of the land mass is indeed concerned – with the notable exception of Eastern Siberia, India, China, the two Koreas, Japan, Indonesia and Australia. The “Full Moon harvest” (Harvest Moon), and the Anglo-Saxons call them, will be aligned with the Sun and the Earth. It will pass through the shadow cone of the planet for more than five hours.

This natural phenomenon, is remarkable in many ways than one and will be visible in France. First, even if it is the second lunar eclipse of the year is the only one that will be total (that of April 4, unseen in Europe, was partial). The next will be held January 31, 2018, but cannot be seen in Europe. It will instead wait until July 27 of that year to admire on the Old Continent, darkened and tinted red. The event takes place at the dusk and our natural satellite will be displayed next Mars – the Red Planet will be in opposition, also aligned with the Earth and the Sun, the Moon more!

What will we see?

the moon will darken and take on a reddish hue. No instrument is required to enjoy the show (of course if you have binoculars or a telescope, it will be even better).