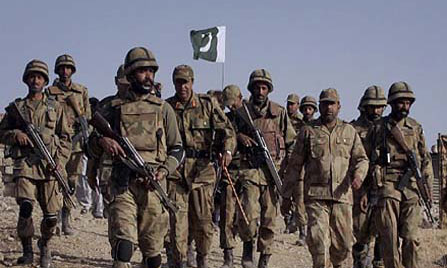 Islamabad : Pakistani Army announced yesterday that at least 13 militants were killed after helicopter gunships targeting the Pakistani tribal region in the northwest of the country. The attacks targeted the rebels in the Datta Khel area of ​​North Waziristan, one of seven tribal areas.

The Spoke person of Pakistani Army said in a statement that it was destroyed five hideouts of militants in the attack. It was not possible to ascertain how many dead or details of attacks from independent sources, the journalists can not access the area.

Pakistan had launched an armed offensive in North Waziristan last June, she says it drove out the militants of more than 90% of the region, which they controlled