Courtney Love, collateral victim of the conflict between taxi drivers and Uber 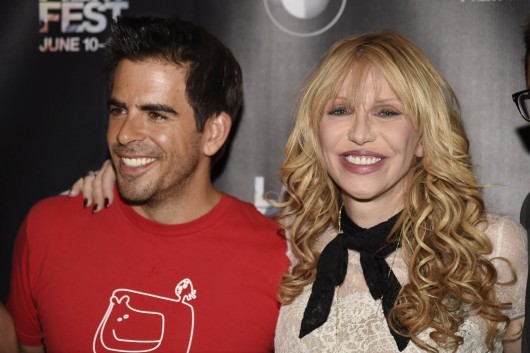 “Francois Hollande, get your ass to the airport!” With these sweet words that the singer Courtney Love has questioned the president on Twitter Thursday, as the M6 ​​Info reports. Freshly landed her plane at Roissy-Charles de Gaulle, the rock star was taken against her will in the conflict between taxi drivers and Uber.

She had hardly boarded her private vehicle with driver (VTC), Courtney Love found herself stuck at Roissy in the conflict between taxi drivers and Uber. Her vehicle has in fact been targeted by disgruntled taxi drivers who were blocking, the access to stations and airports on Thursday. Therefore, the widow of Kurt Cobain began to report everything on Twitter with a first message to address Kanye West, she had probably crossed in the airport. Her VTC then had just been attacked “by protesters.” First by throwing eggs.

Dude @kanyewest we may turn back to the airport and hide out with u.picketers just attacked our car #ParisUberStrike pic.twitter.com/MtanurybOO

“They took our driver hostage and attacking our car with metal bats. That’s the France ?? I would be safer in Baghdad,” Love added a new tweet. Before posting the famous apostrophe to Francois Hollande.

François Hollande where are the fucking police??? is it legal for your people to attack visitors? Get your ass to the airport. Wtf???

” Francois Hollande , where is the fucking police ??? Is it legal here to attack tourists? Get your ass to the airport. Wtf ???” No doubt the principal party has taken note of this injunction. After posting on her Instagram account a short video with comments such as ” The French Taliban? “, ” Should there be reforms in France? ” or “I want to go home ,” Courtney Love finally managed to escape the sling and the blockade with the help of two motorcyclists from the conflict between taxi drivers and Uber.

we got out after being held hostage for an hour thanks to these two guys. I’m scared out of my wits. Mr. François Hollande president or libertine? I can’t believe this really just happened. love French people but your government blows #happytobealive #parisuberstrike wtf??

By the way our president is entitled to a final salvo for the road ” ? Mr. President Francois Hollande or libertine ” Unharmed , Courtney Love had not yet regained all her senses that morning . In a final tweet with a photo of a message from her hotel on the reappointment of motion for Friday , the singer simply called the US to ban flights to France. Paris , Baghdad, same fight .