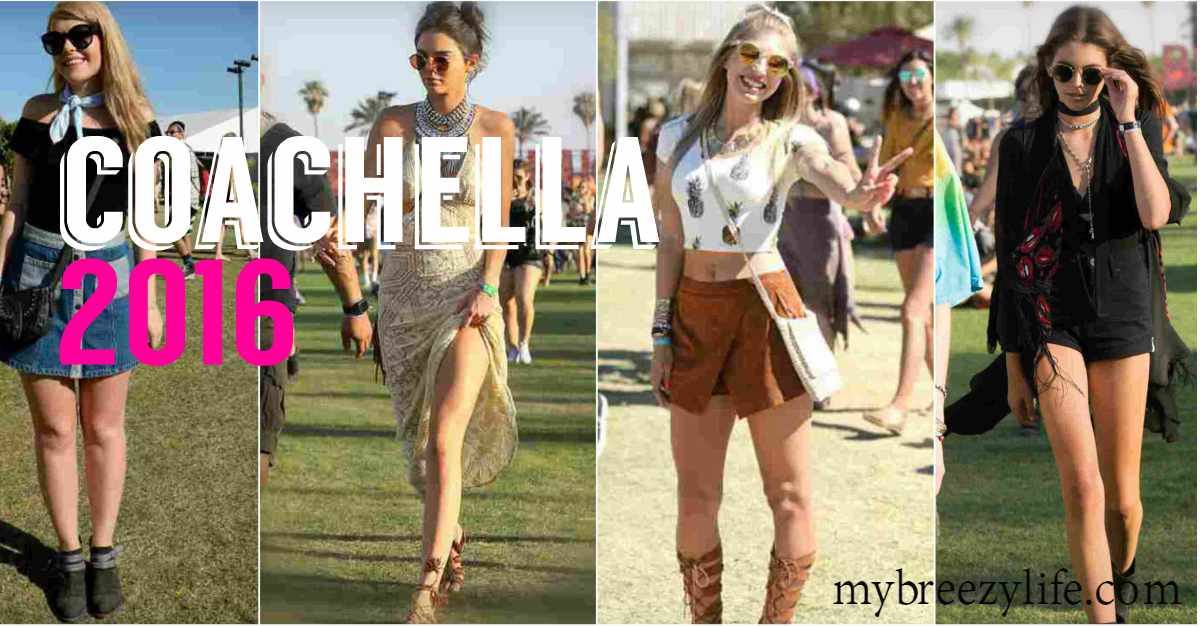 Fashion At Coachella Music & Arts Festival Reveals the Fashion and Beauty Latest Trends at Coachella. Fashion and Beauty at its peak at Coachella Festival. 2016 Coachella Music & Arts festival in California is not a show with LCD sound system alone. This is not the place for Guns N’ Roses alone, in fact, it is an opportunity to watch celebrities as well. Hollywood reveals its fashion forwardness in this music & arts festival, Coachella.

Coachella is allegedly a music festival, but also gives an yearly opportunity for the celebrities to frolic in their odd and charming outfits, thereby meeting their fellow famous personalities. At Neon Carnival, last night Rihanna and Leonardo DiCaprio were hanging out with sunglasses at night and Leo had donned his Coachella uniform of bandana and baseball hat.

At Coachella pop-star cameos were in good numbers. Sunday night Sia’s performance was excellent as the singer delivered songs such as Elastic Heart and Chandelier, though her face was hidden beneath her signature two tone wig. She was in a fluffy, huge dress.

The sound-design from James Murphy of LCD soundsystem with Despacio featuring a cutting edge speaker system specifically designed. The sahara tent had bass-pulsing techno and there were all hits and joyful notes going on. The jubilant mood was perfect creating new mood for dance culture.

Coachella was revealing the summer trends of fashion and beauty and our fashionistas sporting informing what we should wear in the coming summer months.

Kendall Jenner was seen sporting strong looks and has always been a Coachella favorite. Day 1 this year, camel crocheted dress was a lot flirty, bit hippy, but was elevated by a choker Cleopatra metallic necklace. Her hair was in buns up and she was in flat sandals. As usual she looked fabulous, but one thing marred her look and that was she was holding continuously one side of her skirt. Same as her shoes that were fidgety at last week Movie Awards of MTV, Kendall’s clothes did not offer the required modern comfort. It looked like her clothes wore her.

Paris Hilton appeared in her sheer pretty black dress. Probably she was not aware that Coachella has the hippie vibe more. However, Paris Hilton dress looked out of place in the sunshine, but her necklace was gorgeous.

Kendall on Day 2 at Coachella took the Paris Hilton route by wearing a bralette in lace. With her was Kaia Gerber hanging out, Cindy Crawford’s daughter. Kaia, looked the supermodel fashion and beauty in edgy black top, shorts and jacket with a strong choker.

However, the Coachella Queen remained Vanessa Hudgens with her adorned hair with massive curls, feathers and braids. She was in a modern caftan featuring great prints and looked a modern hippie.

Hudgens fashion and beauty latest trends at Coachella was complete with her spectacular looking nails that had gold pot leaves and Swarovski crystals.

Kylie Jenner also tried grabbing some attention wearing a peach-orange wig over a jean shorts and white t-shirt. But, on day 2 she went with a German milkmaid look wearing rainbow braids. Kylie loves changing her hair color as she loves to look totally different each time.