102 -year-old sees her dance performance video from the past 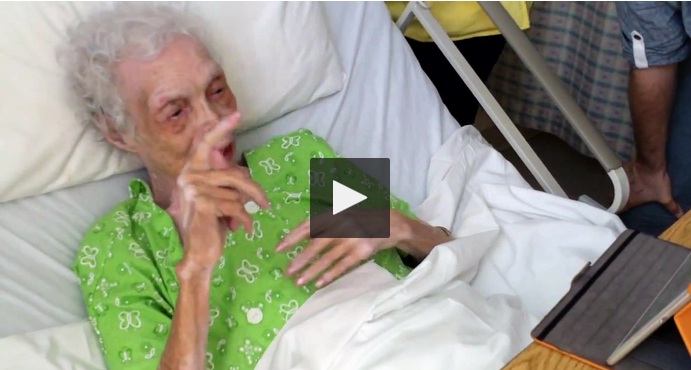 She stood with Frank Sinatra on stage | 102 y/o Dancer Sees Herself on Film for the First Time.

Alice Barker grew up in a time when the video recordings were extremely rare. It was not that beautiful, which they could now experience …

The American David Shuff, who with his therapy dog ​​visited the retirement home regularly heard the stories of the old lady and was thrilled.

Using a video specialist, he rummaged through old archives for videos of Barker’s performances – and found it!

When the 102-year-old looked more than 70-year-old record for the first time, she was moved. “I wish I could out of that bed out and do it all again,” she says in the video.

That the whole world can now see in the video, Baker does not interfere. On The Contrary.