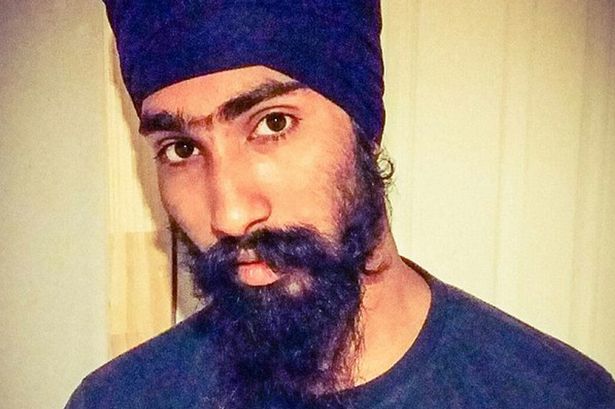 Though it forbids his religion. For this gesture he received worldwide recognition : Sikh Harman Singh ( 22 ) covered the head of severely injured boy with his turban.

Auckland ( New Zealand ) – In order to help a little boy , a 22 year old Sikh has broken his strict religious requirement . His grand gesture is worldwide recognition . Indian Sikh Harman Singh, who lives in Auckland  was just at home when he heard the sound of squealing tires. He ran outside to investigate. ” I saw a child lying on the floor . With him was a woman . He was bleeding from the head ” , he described in relation to the ” New Zealand Herald ” . The 22 -year-old , who belongs to a religious community of Sikhs , had no hesitation – and doing what is actually strictly forbidden : He took off his turban and stuffed it under the head of five-year boy , to support and to stop the bleeding  . ” I did not think about the turban . I was just thinking about the boy , “said Singh to the New Zealand newspaper . “It’s my job to help . ” Until the rescuers arrived , Singh remained with Daejon Pahia ( 5 ) . The car had hit him in the morning and critically injured the boy . He was operated on , according to ” NZH ” He is better now .

The newspaper said the 22 -year-old , who studied business in Auckland , his phone no longer stand still and he received countless messages . Also in the social networks , the praise is great : ” Small , selfless actions speak the loudes.

In New Zealand the Sikh are an absolute religious minority . The majority of the approximately 23 million followers living in India . In Germany about 15 000 Sikhs are located . Sikhs wear common surname as an expression of equality . Under the turban intricately bound the Sikh cover their long , uncut hair . It is an important religious symbol and sign of self-respect , loyalty and honor . Removing it , is not allowed for the believer. In Sikhism , the principle of tolerance towards other religions as well as the equality of all people and genders . Faithful Sikhs live by strict rules : nicotine and alcohol are prohibited, as is adultery and sexual relations before marriage.

Hats off and take a bow harman singh, you saved a child removing your turban with no second thoughts #Auckland #TheHinduTimes