Shooting in the campus of an American university of Oregon 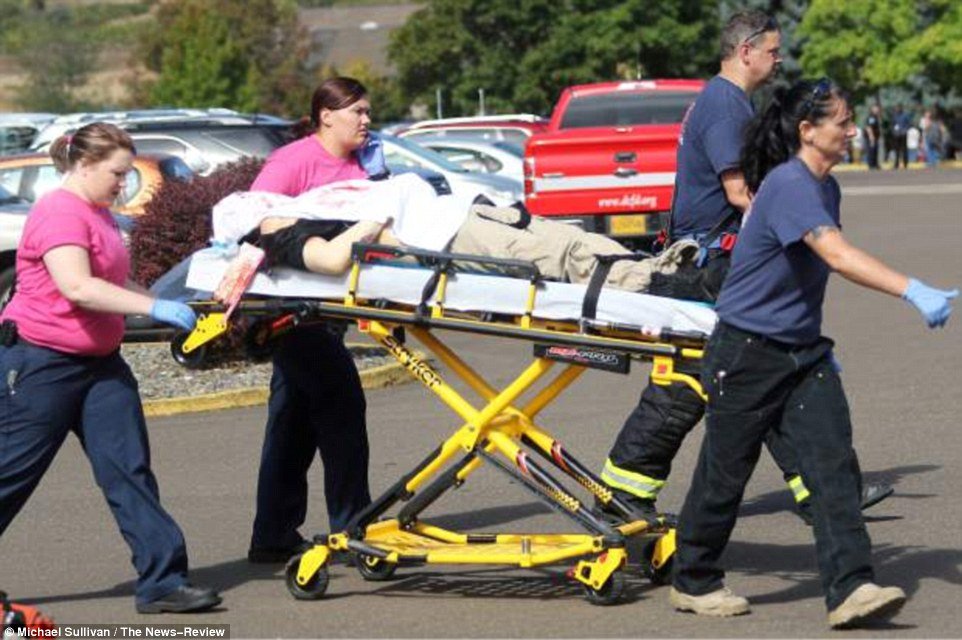 Mass shooting at the campus of University of Oregon

At least nine people were killed and seven wounded , three seriously on Thursday, October 1 , when an over-armed young man opened fire on the students of University of Oregon in the northwestern United States , according to the local sheriff , John Hanlin .

The first shots rang out in the morning, in the course of science faculty rooms of University of Oregon located in a rural and remote area . The gunman methodically shot his victims from one classroom to another, according to local media .

“You will never hear me say his name”

“I was in class next to the one where the shooter” was, testified a student, Cassandra Welding on CNN. Hearing gunshots, “all the students in the class are thrown under desks and one of my classmates, went to see what was going on, opened the door and unfortunately the man shot him above. “

One survivor reported that he was asking each religion before opening fire. The assailant was then killed after a shootout with police, without anyone knowing if he had committed suicide or had been shot.

“The names of the victims of the massacre will not be made public before twenty-four to forty-eight hours,” said John Hanlin, who, at first, refused to give the name of the shooter.

” You will never hear me say his name . I will not give him the recognition he sought probably before committing this horrible and cowardly act . “

The American media have subsequently identified as Chris Harper Mercer, a man aged 26 who is not a student at the University of Oregon. The New York Times quoting police officials , the shooter was in possession of three firearms , including a rifle. The university campus where studying some 3000 people was evacuated and will remain closed until at least Monday.