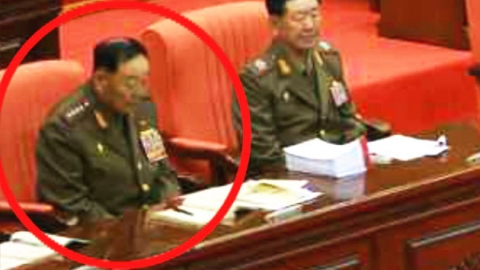 Running out of allegiance can be expensive in North Korea. According to South Korean intelligence services (National Intelligence Service, NIS), Hyon Yong-Chol, head of the People’s Army, was publicly executed with the anti-aircraft gun on April 30, following his absence from a military event chaired Kim Jong-un, reports the Korea Joongang Daily .

According to the NIS, Hyon Yong-Chol was killed “because he expressed his disagreement with the North Korean leader, up to ignore his orders and to doze off during a military-led entraîenement Kim “, tells the newspaper. This is not the first time we learn the sudden execution of a relative of Kim Jong-un: the uncle of the authoritarian leader had suffered the same fate in December 2013.