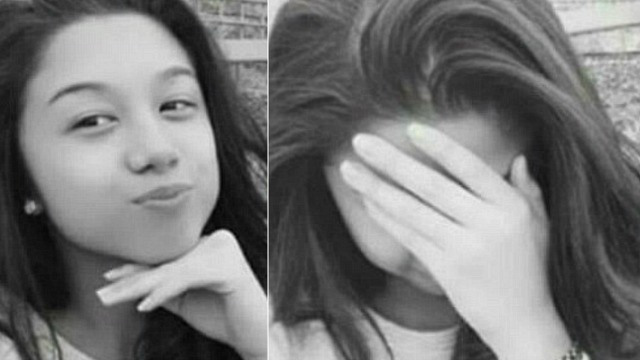 Deadly bullying by the father : Izabel own father cuts her hair and shot a video to put it on public display. The 13 – year-old is deeply ashamed and sees no way out .

In Washington state , the 13 -year-old Izabel Laxamana has jumped from an overpass , after her father had a few days earlier exposed publicly in a deadly bullying video . The girl collided with a passing car and died instantly . The father in the clip shows the young student , after her hair was cut off for an unknown transgression .

Why Izabel was punished , is not mentioned in the video . Only this: ” This is the result of your misconduct , you , you lose your beautiful hair ” , accuses a man’s voice from behind the scenes . Then the camera pans to a mountain of black hair . ” Was it worth it ?” Asks the man who probably is Izabels father . “No,” the girl answered in monosyllables .
He : ” How many times have I warned you ? ”
Izabel : ” Often “

In the US, the media reports of teenagers , who can no longer endure the constant harassment accumulate . Many of them have to change schools , move to other districts or equal completely gone in other states . But there are also an increasing number of tragic cases in which the victims ever see no way out and commit suicide .

The problem of cyber bullying is not to be underestimated : More than 50 percent of adolescents in the US have given according to a study to have been victims of nasty attacks on the Internet .