One Direction to Take a Break: Boy-band decided ‘to take extended pause of at least one year to completely focus on their solo projects. 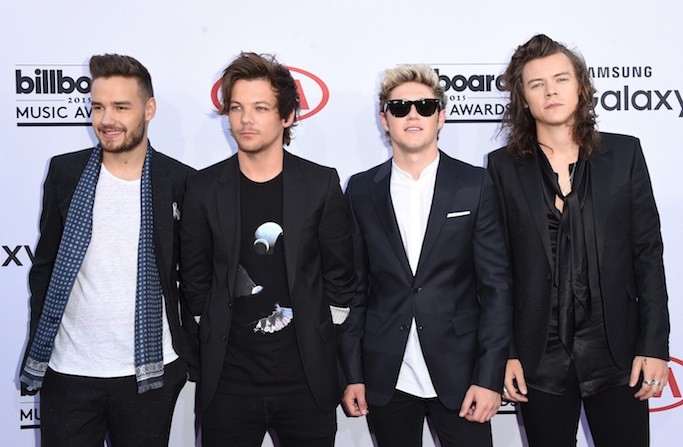 One Direction is breaking up… for a year.

The boyband one direction – comprises of 4 young lads Liam Payne, Niall Horan, Louis Tomlinson and Harry Styles – have mutually decided to take a break for at least one year just to focus on their solo projects and they will not tour their fifth upcoming album

A source told: ‘ The guys had incredible run by being together for five long years for any boyband one direction

Break.. for a year: One Direction are all set to take a break for one year which is to begin in march 2016, their intention is to focus on their solo projects only. They all deserve to work on their own solo projects . there is no hard feelings between them for this decision and they are 100% mutually agree on the decision. A source added that Zayn Malik’s shocking departure from group was not a factor for break. It would have happened with him as well. And this news of break should not give shock as just few weeks back, Liam insisted the boyband one direction was in desperate need of break. And even he hinted about the split of boyband one direction after the release of their fifth album.

During an interview, Liam explained: ‘You know, I think everyone needs a little bit of a break now, and a sit down and a stop, to kind of take in all the great things that’ve happened.’ He also admitted that he want to write music for few other artists and want to spend time with family and girlfriend. According to source he also has an interest in DJ Career.

The other 3 members of the band are all set to be successful on their own.

Harry, has a plan for solo stardom and according to sources sony is keen to give him offer and he is likely to turn down his back on music for a sizzling career in Hollywood as Harvey Weinstein is willing to turn him into star

Louis has plenty of events going on in his life. He is all set to become a father in very near future according to sources he has a plan with sony and is likely to lend his hand to record Be in the Band which is going to be a talent hunt show to find female musician to form a girls group.

Niall, is also interested in launching his solo career, and currently he is writing with pop star Justin Bieber.