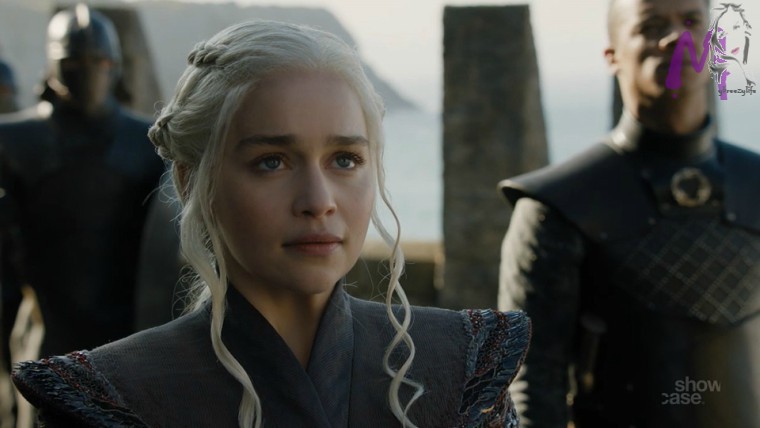 GAME OF THRONES SEASON 7 EPISODE 1 WAS AIRED THIS NIGHT ON HBO AND LIVE ON OCS. NOW DISCOVER OUR REVIEW OF THIS PREMIERE SEASON TITLED “DRAGONSTONE”.

After more than a year of waiting, Game of Thrones Season 7 is officially launched since the first episode was broadcast in the night.

As usual with the HBO flagship series, the hype was there, but did this first episode of the season live up to our expectations? It is time for us to provide you with our review on this resumption and of course, this article contains spoilers on the episode, you are warned.

The beginning scene of season 7 plunges us straight back into the bath as we are witnessing the aftermath of the Frey massacre orchestrated by Arya. In order to finish in style, she pretends to be Walder Frey and makes the others understand that they should not have attacked the Stark without killing the whole family. Then, place to the credits that we love so much, we are ready, the season can begin.

If the beginning was promising, the sequel is much more agreed and some lengths are even felt in the second part of episode. “Dragonstone” gives us an overview of the different characters and launch the intrigues for the season, it is clearly an introductory episode. And, when Daenerys says, at the end “let’s start”, we must admit to staying a bit on our hunger, because, yes, we are really all ready for this to begin.

It is certain that the series can not plunge us into the fire of action immediately, and in Game of Thrones there has always been talk of a rise in power over the episodes. The slow side and not surprising is therefore predictable and necessary for the good implementation of the plots, to put everyone in context.

We can also mention that have pleased us, such as the return of Bran, Lyanna Mormont’s mouth, the meeting between Euron and Cersei, the premonitory vision of the Limier in the flames or the return of Daenerys at her Castle. Despite this small disappointment, because we want more and more, we must see this episode as what it is: a small mouthing for the rest of the season.