Valentine’s Day is a great occasion to spend some quality time with your significant other, and what better way to do that than by watching a romantic movie together? Here are some options for Valentines day Movie to Watch on date:

This classic romance Movie tells the story of a young couple, Noah and Allie, who fell in love during the summer of 1940. The Notebook film explores their relationship over the years and how they never forget each other even though they were separated by time and distance. This Film is based on the novel by Nicholas Sparks and directed by Nick Cassavetes. The Notebook is a powerful and moving love story that will make you laugh, cry and fall in love.

Performances by Ryan Gosling and Rachel McAdams are captivating, and chemistry between them is amazing. Film’s themes of love, sacrifice, and devotion will resonate with audiences of all ages.

Bradley Cooper and Jennifer Lawrence play troubled individuals who fall in love while trying to put their lives back together in this romantic comedy-drama. Based on Matthew Quick’s novel of the same name, this film is directed by David O. Russell.

Silver Linings Playbook stands out from the crowd with its unique take on romantic comedies. In this story, two people find love in the most unexpected way after healing from their past traumas.

Bradley Cooper and Jennifer Lawrence deliver outstanding performances and their chemistry is undeniable. Featuring love, family, and mental health themes, this film will appeal to a wide range of audiences.

A jazz pianist and an aspiring actress fall in love while pursuing their dreams in this modern musical romance starring Ryan Gosling and Emma Stone. Damien Chazelle directed the film as a tribute to the golden age of Hollywood musicals. The visuals and music of La La Land will transport you to another world. Love, sacrifice, and chasing your dreams are themes in the film that will resonate with audiences of all ages. There is something captivating about their chemistry and performances. You will be blown away by the original songs and choreography in the film.

4- The Fault in Our Stars

This romantic drama, which is based on the best-selling book by John Green about two teenagers who fell in love despite having terminal illnesses, stars Shailene Woodley and Ansel Elgort.

The film is directed by Josh Boone which is both heartwarming and Heartbreaking. It is about two young people who fall in love in the strangest ways. Ansel Elgort and Shailene Woodley have excellent chemistry in the movie, which goes hand in hand with their excellent performance.

Powerful script of this movie will make you laugh and cry at the same time. It is about love, loss, and power of human connection, with a focus on interpersonal relationships. With iits mind-blowing cinematography, this film will leave an emotional impact on viewers due to its beautiful and amazing soundtrack..

Based on Stephenie Meyer’s best-selling novel, this romantic fantasy film series follows Bella, a teenage girl, who falls in love with Edward, a vampire.

Directed by Bill Condon, Catherine Hardwicke, Chris Weitz, and David Slade this love story allows Audiences of all ages to enjoy the story of forbidden love in The Twilight Saga.

Taylor Lautner, Kristen Stewart, and Robert Pattinson all delivered fantastic performances, and their chemistry was marvelous. The film’s beautiful soundtrack and special effects will enhance the movie’s overall emotional impact.

In this romantic comedy-drama, Joseph Gordon-Levitt and Zooey Deschanel star as a young man and a woman who do not believe in love. A unique and refreshing take on romantic comedies, the film is directed by Marc Webb.

500 Days of Summer is about love, heartbreak, and Relationship. With amazing Chemistry, Joseph Gordon-Levitt and Zooey Deschanel’s performances are outstanding. Mesmerizing Soundtrack and cinematography of movie will add emotional impact of the film to the viewers.

A Must watch Valentines day Movie to Watch on your date, this romantic drama stars Rachel McAdams and Eric Bana as a couple whose love is tested by the man’s ability to time travel.

The film is directed by Robert Schwentke and it’s a powerful and emotional story of love and sacrifice. Film is about the complexities of a relationship affected by time travel, and how love can transcend time.

The Time Traveler’s Wife is a thought-provoking and emotional film that will make you question the nature of time and love.

8- To All the Boys I’ve Loved Before:

A romantic comedy starring Noah Centineo and Lana Condor is based on a book of the same name, it tells the story of a high school student, Lara Jean, who writes secret love letters to all her past crushes but never intends to send them, but when the letters accidentally get sent out, she must confront her feelings and the boys who received them.
Directed by Susan Johnson, To All The Boys I’ve Loved Before is all about love, family, and growing up. To All The Boys I’ve Loved Before is a lighthearted, fun and emotional film that will leave you feeling good and wanting more.

These movies are great options for Valentines day Movie to Watch on date. All of these movies have different genres and settings, but all have one thing in common, a romance story that will make you laugh, cry and fall in love. You can pick one that fits your mood and preferences, and enjoy it with your significant other on Valentine’s Day.

Previous « How to Restore Skin Elasticity Naturally?
Leave a Comment 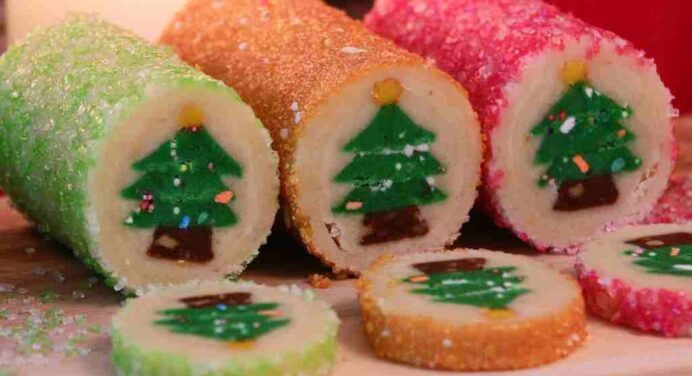 Christmas Icebox Cookies Recipe that will blow your mind!