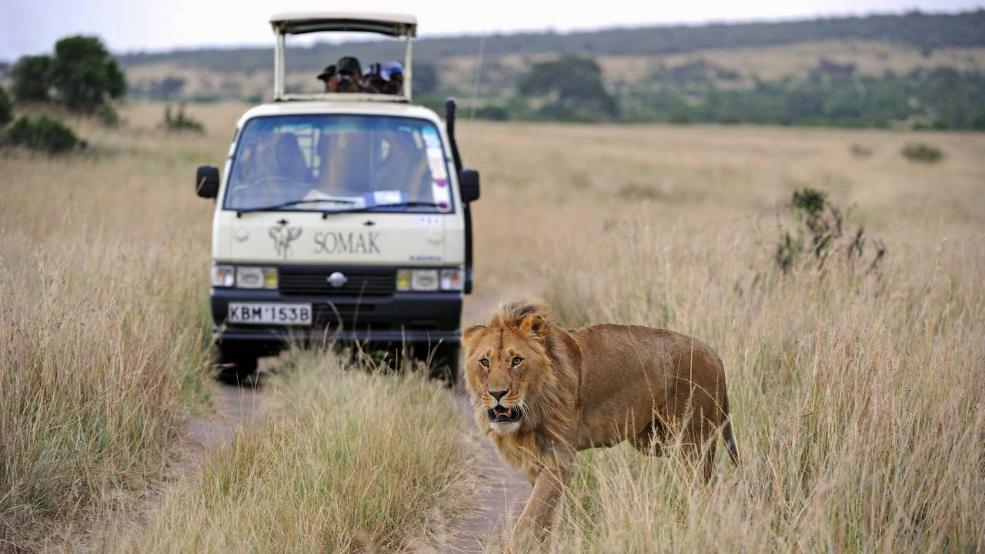 Johannesburg – A lion killed an American tourist after she violated the security of the park administration in a South African safari park ! The woman and her companion opened the window of the car at South African Safari Park in ” Lion Park ” near Johannesburg , even though this is strictly prohibited , reported by ” Eyewitness News ” to the news site .

The lion had jumped on the passenger side through the open window and had bitten the woman . Her traveling companion had been injured in trying to expel the animal and was being treated .

Park spokesman Scott Simpson confirmed : ” The car drove through the park the lion attacked the tourist and bit her through a window of the car. Unfortunately Weis the woman had already died as rescuers arrived . ” The lion is kept up to date in a single enclosure according to media reports.

In March Australian media reports one was injured in the same park of a lion when she got out of the car to take a picture. Lucky escape: Australian tourist Brendan Smith, from Perth, was left with deep flesh wounds after a lion pounced through the window and bit his leg at Gauteng Lion Park in March