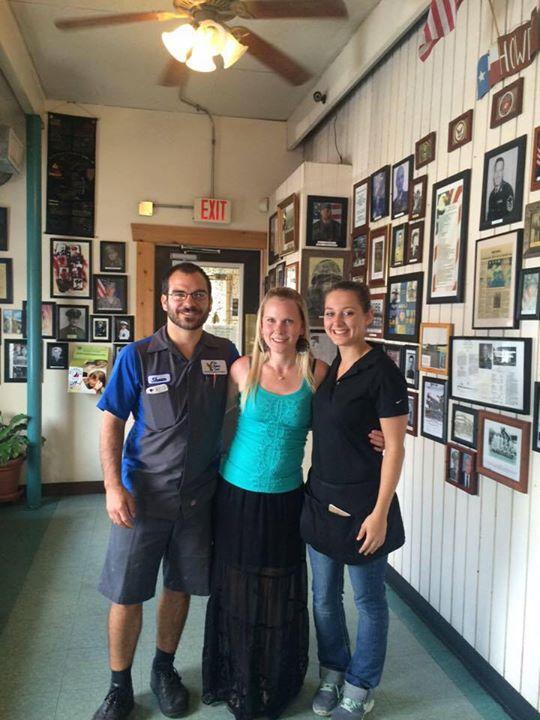 When parents lose their child , there are no words that console grieving parents .

Fort Worth ( Texas ) – as a waitress Kayla Lane ( 21 ) heard what has happened to her regulars , she was stunned . Debbie Riddle and Shaun had to bury daughter Glory as soon as she was nine weeks on the world . Out of compassion Lane made ​​the grieving parents a very special gift .

The couple is regularly in the small ” Westside Cafe ” in Fort Worth. For few days couple brought their newly born daughter along with them to the restaurant .  The service staff know the couple and when Lane asked parents where is the baby which they had last time ?

Shaun and Debbie hesitated , finally said, ” She left us in four weeks . “

Shock ! The waitress felt terrible . She knew that there is nothing she could say that make the grieving parents a little better .

Kayla Lane : ” So I offered them the best service there is. “

When Shaun and Debbie asked for the bill , the waitress brought them a receipt with the message : “Your bill is paid . We deeply regret your loss ! God bless you. The West Side . “

We eat at West Side Cafe on Camp Bowie in Fort Worth quite a lot and last month sometime we took our new baby, Glory in….

Such a gesture is worth more than any “I’m sorry ” .

Debbie Riddle kept the piece of paper and posted later a photo of it on Facebook . For this she wrote a long comment: ” She felt so terrible that she asked , but she was so sweet ( Kayla Lane , editor’s note . . . ) . “

Not even a tip would not accept the young Texan by Debbie and Shaun .

The people on social media are excited . A particularly beautiful Tweet : ” Sometimes it’s the little , everyday things and the kindness of strangers that really touch us . “

“Sometimes, it’s the small, daily life events and kindness of strangers that can truly bring us comfort and touch… http://t.co/uzCnUuVJaE