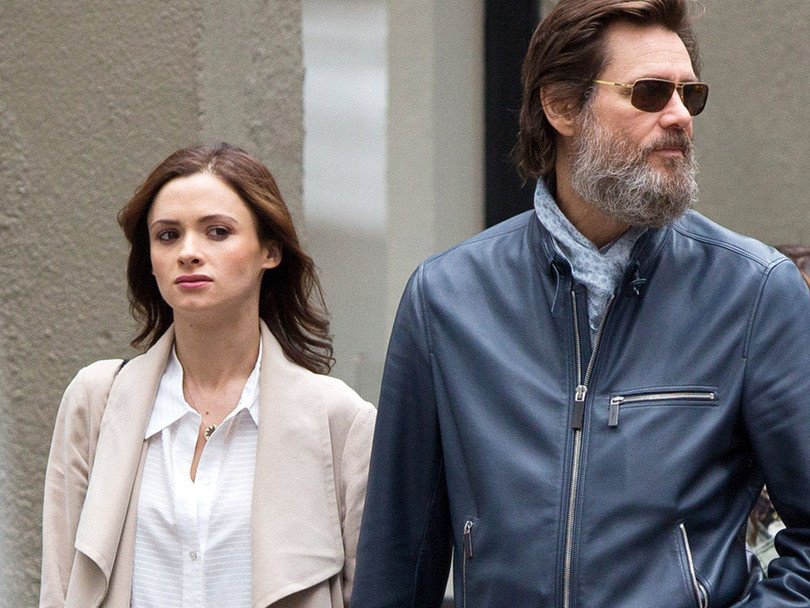 According to TMZ , the professional makeup artist Cathriona White , 28, was in a relationship with Jim Carrey, since 2012 , has ended her days. She would not have accepted her break with the Hollywood star.

After a first separation of a few months in 2013, Cathriona White this time not accepted her second break with Carrey . According to TMZ , the professional makeup artist committed suicide a few hours after the end of her romance with actor Jim Carrey ( 25 years older ) on Thursday, September 24.

The American people website reports that two friends of the young woman who was found dead at her home since last night while they were concerned about not having her senses.TMZ clarifies that an overdose that is the cause of death. The pretty brunette of 28 would have left a posthumous letter in which she would have explained the reasons for her act. On twitter , last Friday , she also left a final message ( Signing off Twitter, I hope I have been A Light to My Nearest and dearest “,” I log out of twitter , I hope I have been an inspiration for you ” ) .

In 2012, a source had confided to talk to Radar Online the couple she formed with Jim Carrey : ” Jim and Cathriona have been together for a month. She comes from a small village in the countryside of County Tipperary and left Ireland for Los Angeles after beautician studies . Cathriona is ambitious and works as a makeup artist in Hollywood – she has already worked in many films since her arrival in the United States . She focuses on her professional success and could do everything she can to get there. “

Very discreet about his girlfriend , Jim Carrey had just told few words about her in an interview with Irish Independent newspaper. “I am already out with an Irish . We will see more now . But she is adorable , ” he confided .