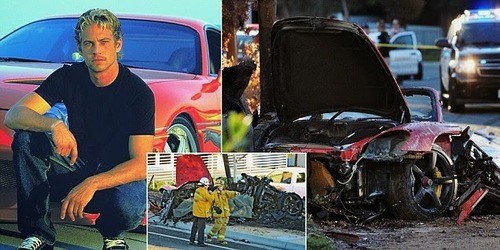 The daughter of Paul Walker has filed a lawsuit against Porsche for the death of his father.

According to the News agency the daughter of Paul Walker alleged that her father would still be alive if the company had installed appropriate security devices in the car in the Porsche Carrera GT, which Paul Walker was driving at the time of accident.

The star of Fast and Furious franchise, Paul Walker, 40 died in a car accident. It was believed that the incident happened due to over speeding. In initial reports it was identified that Walker might have died of the combined effects of traumatic and thermal injuries. No signs of drugs or alcohol were detected in Walker and his friend. But some sources claim that the Porsche Carrera GT, which Paul Walker was driving at the time of accident had some technical problems, which might have caused this incident.

At the time of this accident daughter of Paul Walker was just 14 years old. On Saturday, September 12 she paid a heartbreaking  tribute on Instagram post to her late father on his 42nd birthday.

After two year of this accident in which Paul walker died, the teenage daughter of Paul Walker, Meadow Walker, 16, contend that the deaths of Paul Walker and his friend Roger Rodas, who was driving, could have been avoided if an electronic stability control was installed.

She also say that the seat belt of the vehicle held prisoner to Paul Walker , he could get out of it before the flames declare one minute twenty seconds after the collision. According to her, there was a defect in the seat belts as well.

Secondly, the accident cause fire which cannot be possible because fire itself would not have happened according to the lawsuit whereas, rubber fuel lines were the major cause of this tragic turn of events in which Paul Walker lost his life.

People can obtain the copies of documents. However, the amount claimed by the daughter of Paul Walker is not specified.