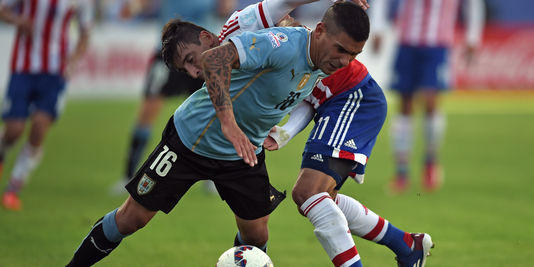 Saturday, June 20, Argentina and Uruguay qualified, the result which allowed them to continue their journey in the Copa America 2015, but they have not silenced the critics born on their previous outings.

Copa America 2015 : Argentina has imposed difficult 1-0 against Jamaica: it has yet outrageously dominated his opponent in the first period, but only Gonzalo Higuain in the 11th minute with a superb shot on the turn, managed to deceive the Jamaican keeper . The stars of the Albiceleste, Lionel Messi led honoring his 100th cap, lacked realism and sank quickly in ease. Uruguay against Chile in the quarterfinals .

Argentina could have to regret it in the second half: Jamaica has taken over and physically put the South American defense under pressure, without finding fault. Through this narrow victory, Argentina finished in first place in Group B with seven points, ahead of Paraguay (5 pts) and Uruguay (4 pts).

Uruguay, the defending champion, tore his ticket to the quarter-finals by just the point of the tie against Paraguay, already assured to continue its road before the start of the match (1-1). La Celeste, who has scored only twice in three matches, will be challenged in the next round, probably against Chile, the only team that has impressed since the beginning of the tournament.