Joseph Blatter is re-elected as head of FIFA 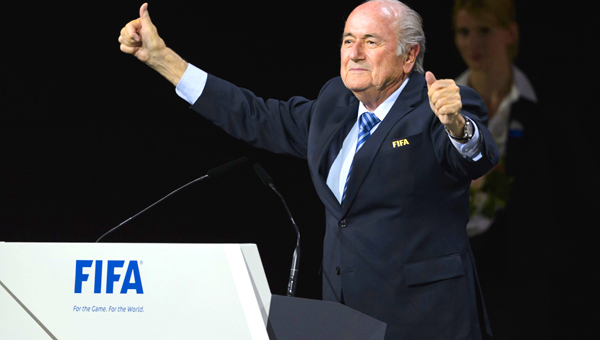 Despite the enormous pressure born of global corruption scandal that has shaken since Wednesday, Joseph Blatter is re-elected as head of FIFA on Friday, May 29 , as expected, for his fifth term .

“Football has lost ,” after Joseph Blatter is re-elected as head of FIFA, responded the former Footballer Luis Figo , who had been a candidate in his time but had retired before elective congress . “Either Mr Blatter was aware of corruption , or, if it was not , as it claims , it means lack of his skills to lead Fifa ,” continued Figo in message posted on his Facebook page as six senior officials of FIFA has been arrested on Wednesday. Figo had retired on May 21 , a week before the vote , saying the election was a “plebiscite which aims to deliver absolute power to a man .”

The UEFA President Michel Platini, who had called for the resignation of Sepp Blatter said he was “proud that UEFA has defended and supported a movement for change to FIFA. The change is, in my opinion, crucial if the organization must regain its credibility. “

“We are disappointed in the outcome of this election and we will continue to do everything for there to be significant changes in the FIFA”, for his part said the president of the US Soccer Federation, Sunil Gulati, in a statement released by US Soccer. “Our goal is that FIFA has a responsible government that is accountable, transparent, and completely focused on the best interests of our sport,” he continued, praising M.Blatter for reelection.

After the first round, the Swiss just missed a qualified two-thirds majority, with 133 votes against 73 for Prince Ali, his only opponent, of the 209 member associations of FIFA. The Jordanian then ascended to the podium to announce its withdrawal, causing done Blatter’s re-election