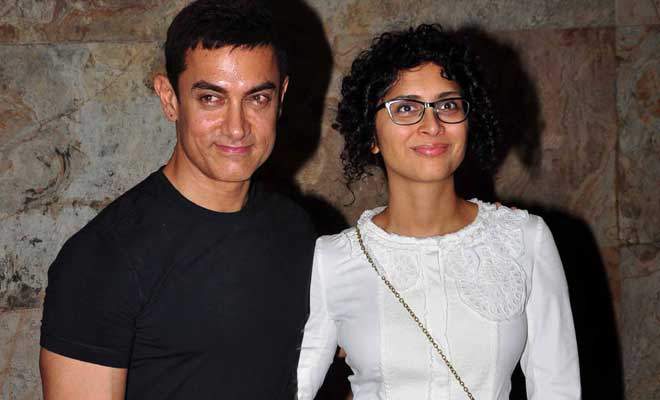 The religious tensions in India has provoked the debate within the bollywood stars as well. A Muslim bollywood actor Aamir Khan, has announced that Aamir khan and wife are planning to leave India along with the children to leave the country where there is a growing climate of intolerance.

Wife suggested to move out from India

“When I chat with Kiran at home, she says, ‘Should we move out of India?’ That’s a disastrous and big statement for Kiran to make. She fears for her child. She fears what the atmosphere around us will be. She feels scared to open the newspapers every day. That does indicate that there is this sense of growing disquiet, there is growing despondency apart from alarm”

On Twitter, the reactions are not made to wait and Aamir Khan and wife Kiran has faced alot of criticism from the public. And among them are his those former colleagues who put Aamir Khan on the screen or with whom he shared the posters. The director Ram Gopal Varma tweets: “Some celebrities complaining of intolerance should be the last to complain because they have become famous in this country supposedly intolerant. “

The BJP, the ruling party, has even reacted on Aamir Khan statement and recalling that “no single act should define India alone” and highlights the possibility of exile motivated for financial reasons … The actor may still find support on the other side of the political spectrum through the Vice President of the Congress Party, Rahul Gandhi be qualified as unpatriotic, anti-national or interested persons questioning Modi and his government, they should rather reach out to these people to understand what is bothering them. That’s how we solve the problems in India – not abusing, threatening or e manhandling the people’s complain.

E-commerce marketplace Snapdeal’s app is also getting a rash of one star ratings on its app on Google Play today, due to a recent statement made by its brand ambassador Aamir Khan.