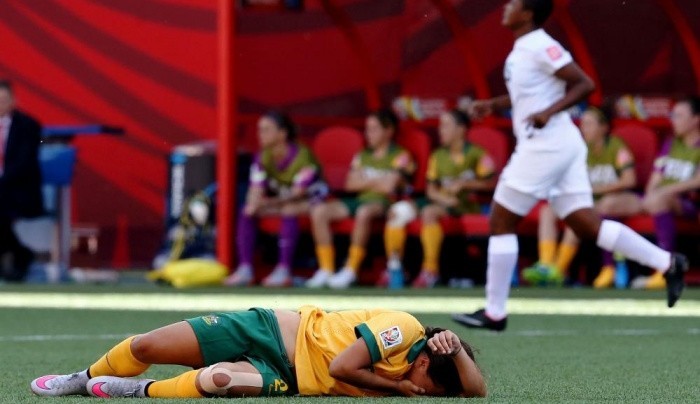 Women’s World Cup – That was not at all ladylike !

Controversial scene at the Women’s World Cup : fly 2 loss to Australia Nigeria Ugo Njoku ( 20 ) seem to get the backups : When 0 . With the elbow she hits in the 77th minute on the face of Samantha Kerr ( 21 ) . Consequence: Kerr broken jaw – and a three – match ban for the Rambo – bride .

The Australian Kerr , the crying goes off after the challenge : ” I think it was intentional . There were previously perhaps a little push , but nothing justifies this strike . “

Arbitrator Stéphanie Frappart from France not penalizing the Brute – challenge , Njoku allowed to continue. Only after reviewing the video footage the Fifa subsequently falls a sentence : three -match ban for Njoku and 2900 euro fine .

Kerr : ” I was pretty excited , that was a malicious foul. It’s very disappointing . “

Nigeria coach Edwin Okon says it was not a deliberate blow perhaps his player know nothing about it : “It was not intended , it was a physical game . I do not think a player would make such a challenge consciously . ” Saw the Fifa different …

According to game statistics Nigeria committed 19 fouls out of which 11 fouls against Australia . On average, there’s in the Women’s World Cup 20 fouls per game .