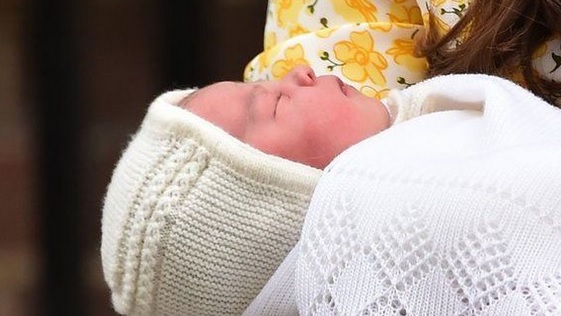 What will be the name of new Royal baby?

And if new royal baby may have name of one of her ancestors?

It’s a girl! ” . This Saturday, May 2 , Duchess of Cambridge , Kate Middleton , gave birth to a daughter. The little sister of Prince George weighs 3.7 kg and is healthy , like her mom , said the royal palace.

If you missed the public appearance of new royal baby then read my previous column Royal baby: new arrival in Royal family.

Now we now know the sex of the new Royal Highness , but her name is still unknown. For the first child of Kate and William , it was not until two days before parents make his name public. A period that was much longer for William (fifteen days) and Charles (one month). Even though no one has given indication for newborn but people has started guessing name for the new born princess. Some may be thinking new royal baby will have name of her ancestors such as:

Queen Alexandra was the great – grandmother of the present Queen . Born in 1844 , she was married to King Edward VII . This Danish princess was seen at the time as one of the most beautiful princesses in Europe. Alice is the first favorite of bettors. Princess Alice was the third child and second daughter of Queen Victoria.Her daughter Alix married Tsar Nicholas II of Russia and was later executed with his family by the Bolsheviks in 1918. Living in Germany after having married Prince Louis of Hesse, Princess Alice then became the Grand Duchess of Hesse and the Rhine. She had the reputation of being warm. She died in 1878 at the age of 35 years. Her granddaughter , also named Alice was the mother of the current Duke of Edinburgh , Prince Philip . There was another Princess Alice , who was the Duchess of Gloucester. She died in 2004 at the age of 102 years, a longevity record in the history of the royal family.

Charlotte is the female version of Charles . Kate and William could choose that name in tribute to the father of William , Prince of Wales. As for Queen Charlotte, she was born in 1744 and was married to George III . Charlotte was actually her middle name , the first being Sophie . Assiduous botanist , she founded the Kew Gardens in London, had 15 children – 13 of whom lived – and was a patron of artists. Her daughter, born in 1766 , was also named Charlotte . Charlotte is also a middle name of Pippa Middleton , sister of Kate .

William and Kate could also give the name Diana in honor of the Princess of Wales , died in a car accident while William was only 15 years old. Prince William attaches great importance to honor the memory of his mother. He has asked Kate to marry him with the ring of his mother. Diana If the name is not selected , observers are certain that it will be at least middle name .

The grandmother of the present Queen ‘s name was Mary . She was married to George V. There have been two Mary on the throne : Mary I, known for persecuting Protestants and Mary II , who ruled with her husband William III .

Botox for Eyebrow Lift – Everything You Should Know

How to Lose Face Fat Naturally?