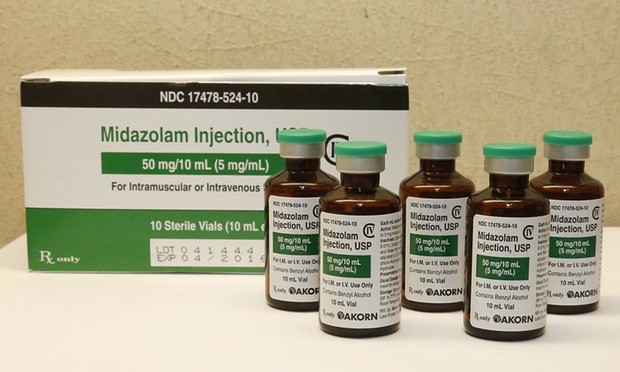 Monday, June 29, the Supreme Court of the United States ruled constitutional, approved the use of Lethal Injection for Death Row .

The nine justices who voted in that five against four, was seized by four death row in the State of Oklahoma, where Lethal Injection for Death Row was used in prisons. The experts assure that this product may not guarantee falling asleep before injecting a paralyzing. But the judges ruled that the plaintiffs had not shown “any substantial risk of suffering” when midazolam was used.

In fact, the highest court in the country ruled this method of enforcement consistent with amendment 8, which prohibits suffering “cruel and unusual”. Several death row inmates executed with this terrible agonies experienced in 2014, especially in Oklahoma and Arizona.

” Despite the refusal of the Court to intervene in the substantive issue, and due to a substantial risk of suffering, the legal battle will not end there. We will continue to work to court to (… ) prevent problematic executions in the future . “

The debate within America’s highest judicial court revolved around the legality of lethal injection in general, it approved seven years ago by the same Court , and the future of capital punishment in the United States . Judges Stephen Breyer and Ruth Ginsburg, considered liberals have even asked the question:

” Does the death penalty itself is constitutional ? “

In response , the Conservative Justice Antonin Scalia launched in the courtroom that ” unlike the gay marriage the death penalty approved by the Constitution.”
Since its decision in 2008 , the Supreme Court had not addressed the issue of the death penalty . Since then, 19 of 50 states and the capital Washington DC. have abolished the death penalty, of 29 who use no more. But several states waiting for this decision to resume executions.