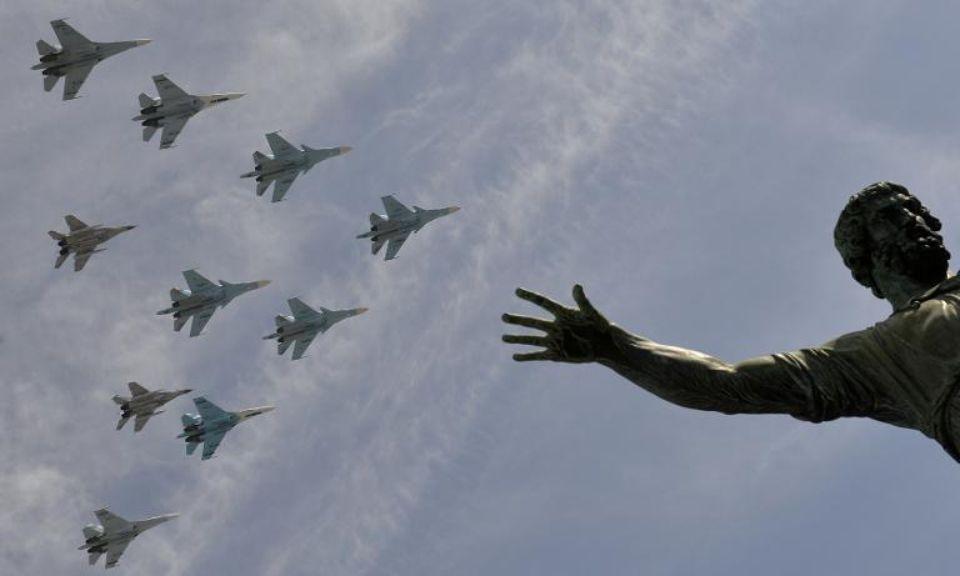 On Tuesday morning, Turkish warplanes shoot down a Russian war plane violating its airspace near its border with Syria. Moscow claims that the plane never left Syrian airspace .

On Tuesday morning, Turkey has shoot down a Russian war plane that had violated its airspace near its border with Syria , announced by the sources to the Turkish presidency. ” A Russian Su- 24 aircraft was shot down in accordance with the rules of engagement after violating Turkish airspace despite warnings ,” the sources said .

It is the first Russian war plane shot down since the start of the military intervention of Moscow in Syria , which began September 30 at the request of the Damascus regime of which Russia is a staunch ally.

“The fate of the pilots to be defined. According to preliminary information, the pilots successfully ejected, “said the Russian Defense Ministry. According to Turkish media, one of the two drivers was captured by the Turkmen Syrian rebels.

When it was hit by gunfire, the aircraft was at 6,000 meters, according to the Russian ministry. “The circumstances of the plane crash are being determined,” he added. Shortly after announcing the shooting down Russian war plane, Turkey has decided to refer the United Nations and NATO, of which it is a member.

Depus the beginning of the Russian military intervention alongside the regime of President Bashar al-Assad late September frontier incidents have increased between Ankara and Moscow. On October 3, Turkish fighter aircraft intercepted Russian military aircraft engaged in Syria who had violated their airspace and forced him to turn back. Moscow had then blamed “bad weather conditions”. On 16 October, the Turkish army had also shoot down a Russian manufacturing drone that had penetrated the Turkish sky.

The tension between the two countries increased further in recent days, after a series of Russian bombings that, according to Ankara, targeted villages in the Turkish-speaking minority of Syria. Turkey summoned the Russian ambassador Friday to warn against the “serious consequences” of the operation.