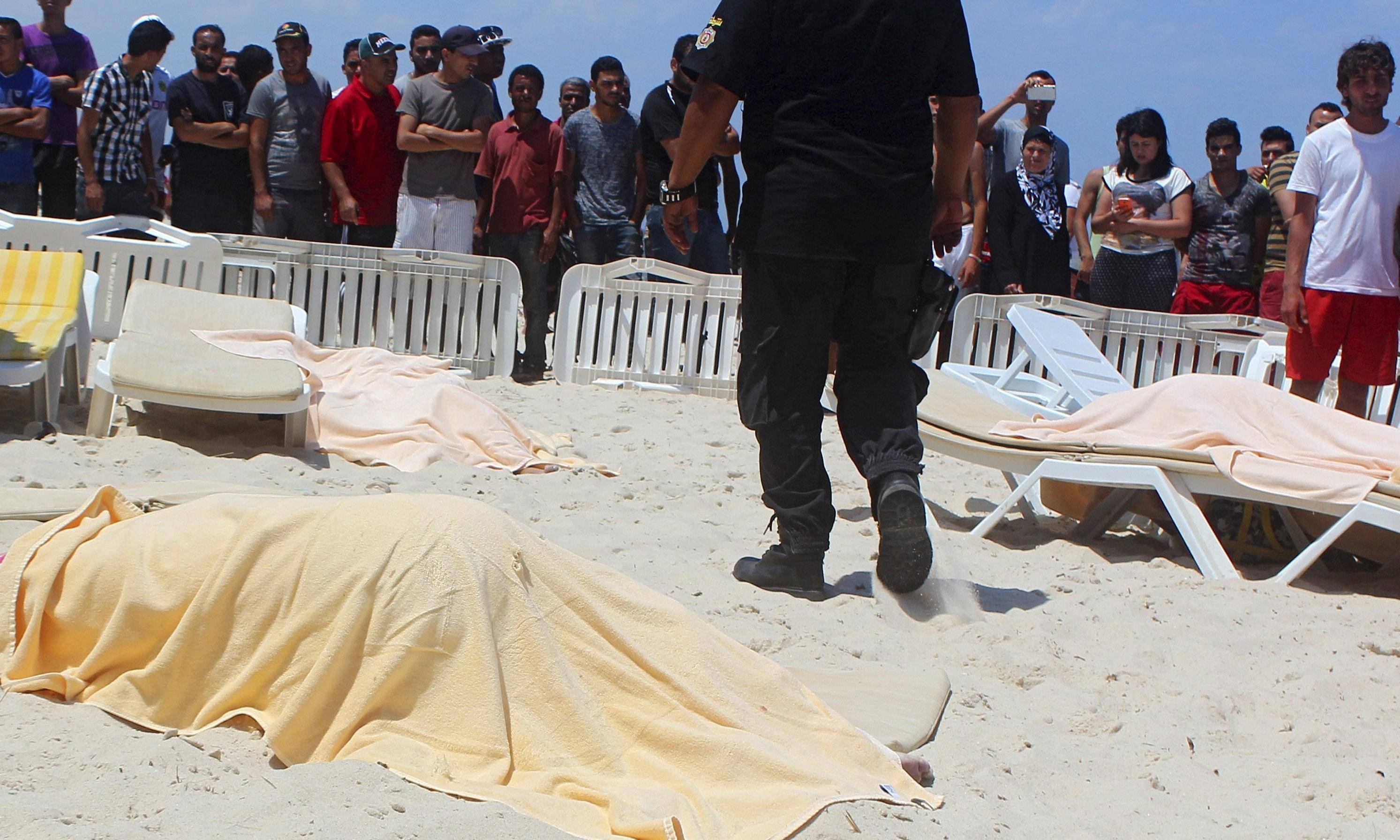 Tunisia – Terror in three continents: On Friday, Islamist attacks in Tunisia, Kuwait and France at least 65 people in a short time have been killed .

On Friday it was terror in three continents. Alone in the beach resort of Sousse on Tunisia’s Mediterranean coast, there were at least 37 dead. Most of them were tourists who had been lying in front of a popular hotel on the beach. “It can not be ruled out that German citizens have become victims of the attack,” a Foreign Office spokesman said on Friday evening in Berlin. In Kuwait City man lit in a suicide attack near a Shiite mosque during Friday prayers a bomb. There were at least 27 dead. France is shaken by a particularly brutal murder: After a raid on an industrial gases plant near Lyon, the body of a decapitated businessman was discovered. The alleged perpetrator – an 35-year-old with contacts for the radical Islamist scene – had possibly planned attack the factory into the air.

It is unclear whether the attacks were related or coincidence . Everywhere there were , however, indications of an Islamist background . Islamic State has claimed responsibility for the attacks in Tunisia and Kuwait. They have posted the photo of attacker and named the attacker as Abu Yahya al-Qirawani. On Tuesday of next week will mark the first time that the terrorist militia Islamic State has ( IS ) proclaimed the caliphate . The group also called on to commit attacks on ” enemies ” of Islam during the current month of Ramadan . I am sickened by the attacks in Tunisia, France and Kuwait. Our countries stand together in combatting the horrors of terrorism.