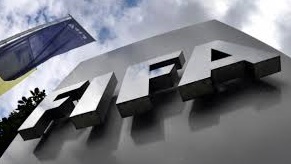 Six Senior officials of FIFA have been arrested

Six senior officials of FIFA (the International Football Federation) were arrested by the Swiss police early Wednesday 27 May in Zurich , at the request of US authorities. The New York justice suspected of having accepted ” since the early 1990s of bribes and commissions in the amount of several million dollars ,” said the Swiss Federal Justice (FOJ ) in a statement.

Sepp Blatter , president of FIFA, is not among those arrested Six senior officials of FIFA . In all, more than a dozen leaders would be in the crosshairs of investigators, including Jack Warner ( former vice-president of FIFA ) , Eugenio Figueredo and Jeffrey Webb. The latter was presented by Mr. Blatter as his potential successor.

According to the Swiss authorities, “representatives of sports media and sports marketing companies are involved in payments to senior officials of soccer organizations [FIFA delegates and other persons belonging to affiliated organizations FIFA] in exchange for media rights and marketing rights for competitions organized in the United States and South America, “the ministry said Swiss Justice in a statement, which states act at the request of the district prosecutor’s office is New York.

According to judicial sources cited by The New York Times, the alleged corruption were committed in the last twenty years. These would include the conditions of allocation of several editions of the World Cup as well as contracts for marketing and television rights.

According to the US request for arrest, the agreement relating to such acts would have been reached in the United States, which also took place the preparations. Payments would have passed through US banks, the statement added.