Shiite militias are preparing for “Battle of Anbar” in Ramadi 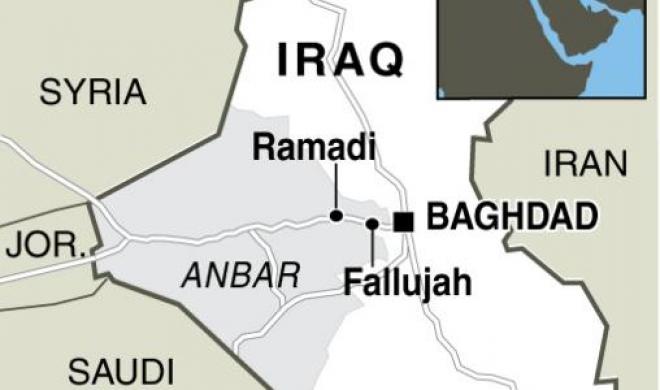 War in Iraq : IS- fighters laid minefields around Ramadi to stop Shiite militias .

The terrorist organization ” Islamic State ” wants to keep just conquered city Ramadi at any cost . The terrorists laid mine in the area surrounding the village to stop the impending offensive by Shiite militias .

The terrorist militia ” Islamic State ” ( IS ) is preparing for the Battle of Ramadi . The terrorist build defenses on the outskirts and create minefields . The eyewitnesses told the BBC and several news agencies .

The IS had conquered Ramadi on last weekend, which lies about 110 kilometers west of Baghdad ,  It was one of the greatest military successes for the terrorist organization for after months .

According to eyewitness reports, scour IS militiamen are in search of supporters of the Iraqi government in the city from house to house . The terrorists boast on Twitter with having killed Sunni tribal fighters who had made ​​the invasion of the terrorist in the way .

A representative of the provincial government appointed by Baghdad urged the remaining residents to rise up against the conquerors. According to eyewitnesses, currently you can hardly trust anyone , still IS is forcing some shopkeepers to open their shops.

Some 25,000 Iraqis have already fled from the terror of Ramadi. Many of them have to sleep under the open sky.

Iraqi government forces had left the city at the weekend . Therefore, IS conquered other tanks, armored personnel carriers and artillery pieces in the hands with which the militia can now defend. In addition, the conqueror freed hundreds of prisoners from the prison in Ramadi. According to IS-propaganda they are now fighting in the ranks of the  terrorists.

In the small town of Habbaniyah, about 20 kilometers east of Ramadi, now Shia militias are preparing for an offensive against the IS. Some 3,000 fighters were allegedly contracted there. They will reclaim the city together with the Iraqi army in the next few weeks. The Iran militia is giving the name of “Battle of Anbar” to this operation- this is the province, located in the Ramadi and which is now largely controlled by the IS.

The US government has given the state a dilemma: The panicky retreat of the Iraqi army from Ramadi underlines the weakness of the government troops. For the reconquest of the city of Washington is now dependent on the assistance supported by Iran Shiite militias.