Ryan Gosling will not eat his cereal 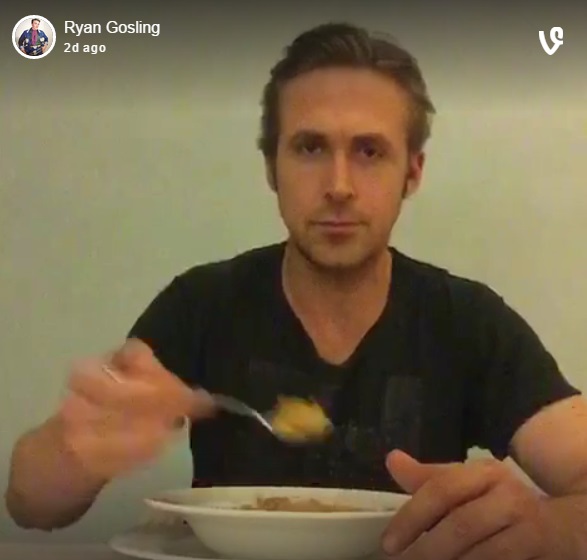 There is a series of vines , short clips shown on the Vine platform, starring Ryan Gosling who refuses to eat cereal for those who wished to laugh.

The video series is titled ” Ryan Gosling will not eat his cereal .” It is rather childish, but it has nevertheless drawn the attention of millions of users who wanted to see the actor eating his cereal.

Ryan McHenry created these videos for fun. He recently lost his battle against a virulent bone cancer.

But now Ryan Gosling makes him tribute by eating his cereal . It launched on Vine platform a short clip in which he finally tempted . He also wrote the following message on Twitter : ” I ​​feel really lucky to have been part of his life a little bit .”

Ryan Gosling will not eat his cereal

A friend of McHenry said the video ” was the most beautiful goodbye than any friend or family member might have hoped . It was something he constantly discussed “. A few months before the death of McHenry, Ryan Gosling had seen the videos , which had greatly moved the principal party , says his friend : “These are vines designed to simply make people laugh , but to have an answer for Ryan Gosling demonstrated all the effect which could have Ryan McHenry on the world ” . See the tribute while cereal Ryan Gosling, which continues to be more and more charming.