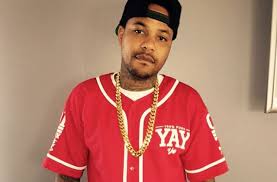 Rapper Chinx Drugz ( 31 , actually Lionel Pickens ) was shot in New York . The rapper , who was friends with well-known R’n’B artists like Tyga , Meek Mill and French Montana , was on Sunday shot dead according to media reports in Queens by 5 clock in the morning on the street .

He is said to have sat in his Porsche and was waiting at a red light when he met according to the newspaper ‘New York Times’ at least eight bullets from a passing car in the upper body. So far there is no motive, but witnesses have already given the police clues to the perpetrators. One person was also injured from the Rapper Chinx Drugz vehicle during the shooting. Puff Daddy aka P. Diddy already publicly took leave of Chinx Drugz. He wrote on Instagram: “This is so crazy. Life is so short. Why do we bring ourselves to each other? For nothing. “

Even rapper Wiz Khalifa appeared shocked by the death of his colleague, just like the reality TV stars Rob and Khloe Kardashian. The 30-year-old wrote on Instagram: “We knew each other only a short time, but it was the best time! Lots of memories that I will cherish forever! I miss you, Chinxy. “While friends and relatives of 31-year-olds are in shock, the police investigation are in full swing to catch the culprit.