“Products and places” – Twitter experimenting with the insertion of advertisements 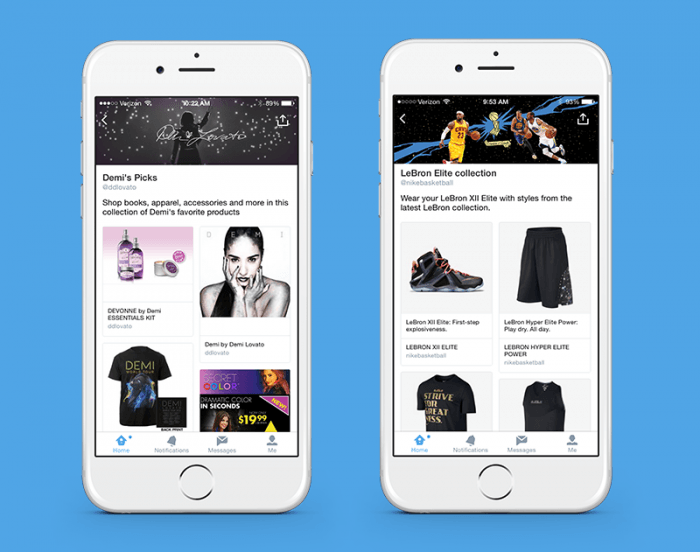 On Friday, June 19 , Twitter announced testing a new service that inserts into the flow of users of sponsored messages “products and places” in order to boost its turnover .

“We start testing with a small number of products and places ,” said Amaryllis Fox , product manager for the social network, in a message posted on the official blog. ” While we are doing this test, you are likely to see in your feed pages and groups of pages that are shared by prescribes and brands,” she said .

This initiative will expand the platform messages beyond simple tweets into providing access to additional information on the products and in some cases a “buy” button. “We invited a group of influential people to share some of their favorite places and products ,” Ms. Fox said.

“You will be able to browse the collections presented by people close to your heart and to have more information about the products and the places you find interesting. ” This could consist of posts promoting HBO television series Game of Thrones or messages of actress Reese Witherspoon on her clothing line , she was quoted as examples .

Twitter, which tries to find new sources of growth, is looking for a new CEO since the announcement of the resignation of Dick Costolo on June 11 . He was for five years at the helm of the group, and was subjected to intense pressure from investors to increase the number of subscribers and revenues of the social network.

According to the latest available data, Twitter has about 300 million active users, but its growth is lagging behind compared to other social networks, and the benefits are still pending since its creation in 2006. It has attracted less than 1% of the $ 145 billion spent worldwide this year in advertising on digital media, according to eMarketer specialized company.