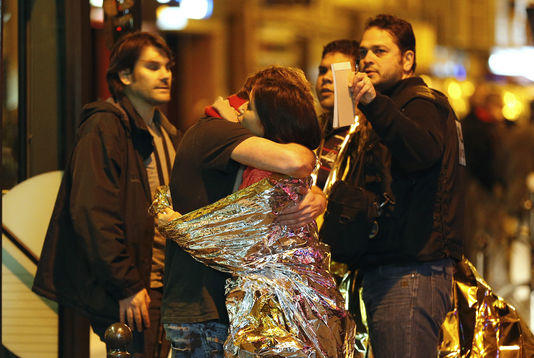 This is the one of the worst terrorist attacks ever to hit France. Six attacks, and probably a seventh , took place simultaneously in Paris and Saint- Denis on Friday, November 13 .

A provisional toll reported at least 172 dead and 237 injured, many in serious condition , according to the prosecutor of Paris , Francois Molins, but it could rise in the day. Eight terrorists were killed , seven of which would appear to explode.

The Islamic State took responsibilities of these attacks on Saturday. Prime Minister, Hollande promised that “France will be ruthless against barbarians.” He declared a national three-day mourning and announced that ” all devices ” Security will be strengthened at their maximum level.

The set of attacks left at least 172 dead , confirmed Matignon, including 82 in the attack on the Bataclan concert hall , according to a judicial source. The large number of casualties does not establish definitive assessment , another judicial source reports of 80 injured ” absolute emergency ” and ” 177 for emergencies .” Reportedly, a plainclothes police officer was killed at Charonne and a commissioner who was not on duty was wounded at the Bataclan .

At least three foreigners, two Belgians and Portuguese , are among the victims of the attacks.