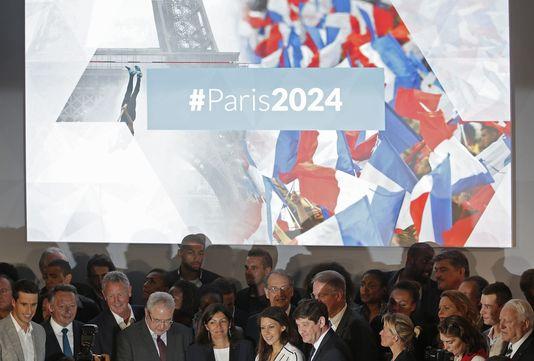 Paris bid to host the 2024 Games, it’s written on Twitter

This is the fourth application of the capital for the Olympics summer after those, failed, in 1992, 2008 and 2012 and, this time Paris bid to host the 2024 Games. Paris is hopeful of welcoming them. Boston, Hamburg, Rome and Budapest are probably other candidate cities.

Guy Drut and Tony Estanguet, the two French members of the International Olympic Committee (IOC) had recommended to place athletes in the foreground of the application. The discreet presence of athletes too was considered one of the reasons for the failure of Paris in 2012.

However, if some hundred and fifty Olympic and Paralympic athletes gathered Tuesday noon at the headquarters of the National Olympic Committee of French Sport (CNOSF), in the 13th arrondissement of Paris, those are the policies that have come to the fore on the photo: the Mayor of Paris, Anne Hidalgo, President of the Ile-de-France, Jean-Paul Huchon, the Minister of Sports, Patrick Kanner and Secretary of State Thierry Braillard.

President Francois Hollande, who pushed an application in which Anne Hidalgo was less motivated, he has said that “the state will do its utmost to support the sports movement”.

The television presenter Alessandra Sublet , assigned to organize a foutraque nothing of the ceremony, flayed a few names, but conveyed his enthusiasm about this famous tweet. Be aware :
“It will affect five million followers , it’s just huge ! “

And Guy Drut to comment :
“It is a good start , much better than usual. The looks have changed , as the IOC members and the administration realized that they had learned the lessons of the past. This time it is the sports movement which bears the nomination. “