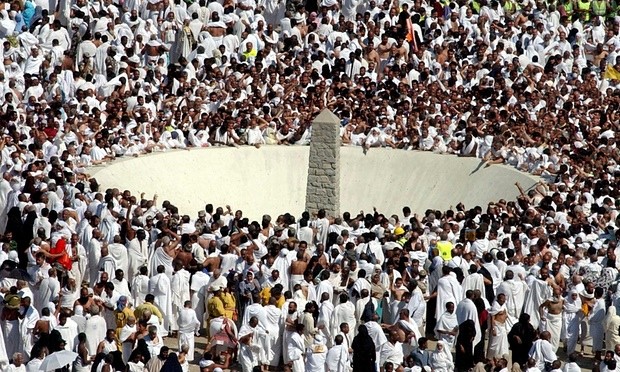 More than 700 Pilgrims dead in stampede , one of the worst tragedies in Mecca

More than 700 Pilgrims dead in stampede and hundreds injured on Thursday in Mina near Mecca, one of the worst tragedies to hit the great pilgrimage in the first shrine of Islam.

This is the deadliest tragedy cast a pall over the past 25 years hajj in Saudi Arabia where two million pilgrims gathered this year.

More than 700 Pilgrims dead in stampede, which coincides with the Eid al-Adha, the Muslim festival of sacrifice, occurred during the ritual of stoning of Satan, who is for pilgrims to throw pebbles at three steles representative. A clash between a human tide leaving one of the stelae and a host oncoming caused the tragedy, said by an official of the Ministry of Health.

In a first official response, the Minister of Khaled al-Faleh Health attributed the lack of discipline in the stampede of pilgrims which causes more than 700 Pilgrims dead in stampede .

More cautious, the spokesman of the Ministry of Interior, General Mansour Turki, had then recommended “not to anticipate the conclusions of the investigation,” indicating that “the great heat and the fatigue state pilgrims have contributed to the large number of victims. “

According to the latest figures provided by the Civil Defence, 717 people died and 863 were injured in the stampede.

While the majority of foreign pilgrims, Iran has reported a balance of 90 deaths among its nationals. The Supreme Leader, Ayatollah Ali Khamenei, said that “inappropriate actions” and “mismanagement” of Riyadh were originally from the hustle.

The Grand Mufti of Turkey, Mehmet Görmez, said 18 Turkish pilgrims were missing. Algeria has reported three deaths among its nationals.

Four hospitals have been requisitioned, as well as 220 ambulances and helicopters.

At Mina Emergency Hospital, dozens of ambulances made their way to bring new casualties.

In an indescribable chaos, the pilgrims were transported one after the other on stretchers, while officers tried to keep away onlookers.

Footage showed many lifeless bodies littering on the ground and scattered personal belongings, shoes and umbrellas, by which the pilgrims used to protect themselves from the sun heat.