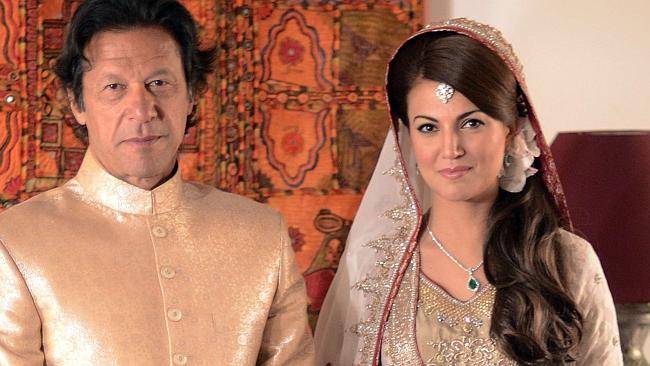 Reham Khan was an ex Pakistani talk show host and weather girl in BBC. Today She disclosed on her twitter account about her divorce with ex cricket captain Imran Khan.

We have decided to part ways and file for divorce.

However imran Khan also tweets on his twitter account and told that its a painful matter in his life.

This is a painful time for me & Reham & our families. I would request everyone to respect our privacy. — Imran Khan (@ImranKhanPTI) October 30, 2015

I have the greatest respect for Reham’s moral character & her passion to work for & help the underprivileged.

The Ex Pakistani talk show host and the Ex captain Imran Khan married ten months before, after the end of long controversial protest in Pakistan history. Imran Khan disclosed his desire to get married during the protest however, he faced criticism upon his statement and married Reham Khan in small gathering at Imran Khan residence.

Before marriage Reham Khan was a host in a famous Pakistani Talk Show in channel Aaj TV. Before joining Aaj Reham Khan was weather girl in BBC news. Imran Khan’s sisters were not happy of his marriage with the former Pakistani talk show host, Reham Khan. Is he seeing Jamima again?

Before Imran Khan married Gold Smith’s daughter Jamima and broke his 9 years marriage in 2004. Jamima as mother of his two sons is still very helping for Imran Khan since she run a great campaign for her Ex husband Imran Khan in UK. It is speculated that Jamima could be the reason of divorce between Imran and Reham divorce.

It was also heard that the reason of misunderstanding between Reham and Imran was the political career of Reham Khan since she wanted to step into politics which Imran Khan did not allow.