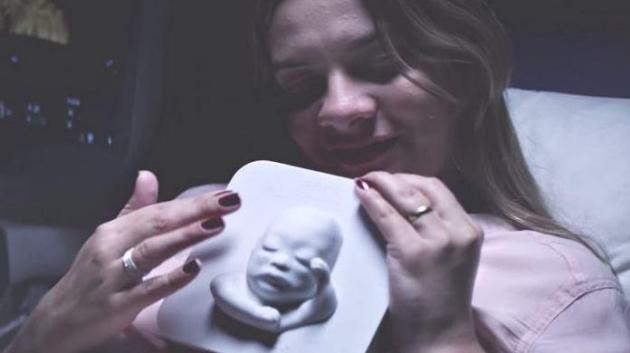 Huggies found a solution for a blind mother-to-be a chance to look at 3D scan of ultrasound photos of her unborn son.

Unfortunately, a blind mother-to-be was unable to see her baby in ultrasound, she was  unable to live this moment and was content to imagine her baby by talking to the doctor. In Brazil, hygiene Huggies brand for babies and the Mood Agency have set up a device to respond in part to this problem: a 3D impression of the face of the fetus. Thus, a future blind mother can guess the shapes of her face simply by using touch.

An original idea which has benefited Tatiana , future Brazilian mother of 30, blind since the age of 17 and pregnant twenty weeks (5 months) . In the video below, she discovers the face of her baby, named Murilo through a molding in 3D. “I am very happy to meet Murilo … before his birth ,” she says . A moving moment for this young mother . And a nice marketing operation for Huggies.